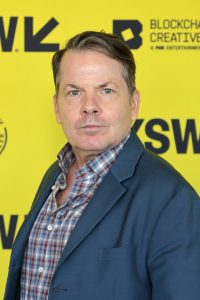 Bruce McCulloch is one of the founding members of the Canadian sketch comedy team The Kids in the Hall. He starred in the eponymous TV show that aired for five seasons in both Canada and the U.S., and the follow-up movie Brain Candy. KITH was a legend of 90s weirdo sketch comedy, featuring unforgettable characters like Cabbage Head, Gavin, Tammy, and the infamous Kathie.

Kids in the Hall wrapped their original TV run in 1995, but since then Bruce has kept busy – he’s had acting parts in shows like Gilmore Girls, Trailer Park Boys and Arrested Development. He’s recorded albums and written for TV and movies. And earlier this year, alongside Dave Foley, Scott Thompson, Kevin McDonald and Mark McKinney – the group that created the beloved TV show in the 90s – he rejoined Kids in the Hall for their return to TV on Amazon Prime.

Bruce also spends his time working behind the camera. He’s directed sketches, music videos for bands like Tragically Hip, and his most recent project: Tallboyz. Tallboyz is a sketch comedy TV show featuring four Canadian comedians who are, as the show’s promises, tall. Luckily for the audience, they are also talented and incredibly funny.

Bruce joins Bullseye to talk about his trajectory from being a young punk in Calgary that got into bar fights to a beloved fixture in the sketch comedy world.

Liked Bruce McCulloch? Listen to these next...