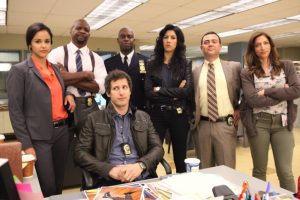 In some ways, Brooklyn Nine-Nine shares a lot in common with CSI or Law and Order: SVU. You’ve seen the premise of the police procedurals on network television countless times. The cops are good at their jobs. They’re quick and witty when it comes to solving crime. When they’re put in tough situations you can always count on an action sequence that cuts it pretty close.

Brooklyn Nine-Nine has some of that – but subverts the genre through comedy. It’s a deeply warm, deeply funny office sitcom. The police at the precinct care about their jobs, they care about each other.

Ok. Maybe it isn’t the most realistic cop show. But it’s definitely one of the funniest. The scene where Detective Jake Peralta, portrayed by Andy Samberg, asks a police lineup to sing “I Want It That Way” by Backstreet Boys comes to mind:

The show was created by Dan Goor, along with Mike Schur. These days, Dan’s the showrunner of the show. We talk with Dan about the latest season of Brooklyn Nine-Nine. Plus, why he left working for Conan to work on Parks and Recreation – and why the shift was a struggle at first. 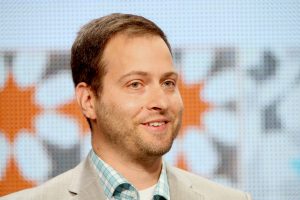 You can stream all seven seasons of Brooklyn Nine, including the new episodes on Hulu.