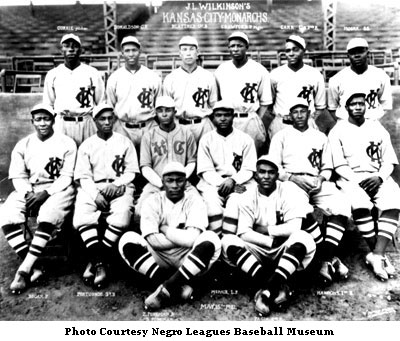 Andrew “Rube” Foster. Josh Gibson. Cool Papa Bell. Those names are synonymous with the heroes of the Negro Leagues. Baseball players of legendary status whose extraordinary talents were ignored by the mainstream and barred from joining Major League baseball during their primes due to racial discrimination. Despite that, these remarkable athletes were at the heart of a thriving league that broke barriers, displayed incredible skills on the diamond, and helped innovate the game of baseball. This week we spoke with Bob Kendrick, president of the Negro League Baseball Museum about the legacy of the Negro Leagues and the players who made them great.

The NLBM is pretty much the only place in the world dedicated to telling the story of the Negro leagues. The leagues that gave rise to players Hank Aaron, Jackie Robinson, Willie Mays, Satchel Paige and the many hall of fame worthy players who were never allowed to play Major League Baseball. At the height of its popularity Negro League, games were huge attractions, often outselling major league games played at the same stadiums. Long before Major League Baseball broke the color barrier with the arrival of Jackie Robinson, Negro League players were crossing the country playing integrated barnstorming games and traveling to foreign countries playing showcases to introduce the world to America’s favorite pastime.

Liked Bob Kendrick, President of the Negro League Baseball Museum? Listen to these next...