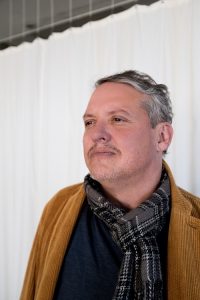 Adam McKay on the joke that inspired him to do comedy, Second City and working with material that’s more topical and political

Adam McKay has had a pretty eclectic career. He started in sketch comedy. First as a founder of the Upright Citizens Brigade, then as a writer on Saturday Night Live – he was on the show between 1995 and 2001. He studied at Second City, too.

Lately, his work has been more serious, topical and political. A few years back, he wrote and directed the Big Short, which deconstructed and explained the 2008 financial crisis. He helped create the HBO show Succession.

When we talked in 2019, he’d just directed Vice – a biopic about Dick Cheney. Vice explains why, for better or for worse, Cheney is one of the most consequential people in recent history.

In this conversation, Adam explained how he manages to keep his films fresh, funny and weird even when the topics are more serious. Plus, he shared some tales in improv comedy from his time at Second City in Chicago.

Adam’s latest project is a podcast called Death at the Wing. The documentary series takes us back to the ’80s. It focuses on a spate of deaths involving young, promising NBA rookies and prospects. It looks not just at sports, but at the politics and socio-economics of the time, and how all of those things were deeply and tragically interconnected. You can find it wherever you get podcasts.

Liked Adam McKay? Listen to these next...