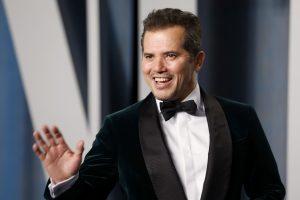 John Leguizamo on Latin History for Morons, playwriting, and more

John Leguizamo, the actor, works a lot. If you give his IMDB page a look, it features over 150 credits. He was in Carlito’s Way, The Pest, the Ice Age movies, To Wong Foo, and a bunch more. He recently starred in the Academy Award-winning animated smash Encanto.

As great as all those roles are, they are only one facet of Leguizamo’s work. Since 1991, Leguizamo has written and performed in a handful of theater shows. This includes Award-winning solo shows like Mambo Mouth, Sexaholix, and Freak.

When we talked with him in 2019, he was in the middle of touring his latest show which is called Latin History for Morons. The title kind of explains the show’s conceit. With a chalkboard and a professor-looking suit, Leguizamo gives the audience a history of the Americas that you do not always see in textbooks. In the show, he unpacks stories of oppression, exploitation, disease, and war. However, since it is John Leguizamo, he tells these stories using dozens of funny voices, recreations of historical figures long-since dead.

During the show’s run, John joined Bullseye to talk about Latin History for Morons. He also chatted with us about creating works of art from a sometimes painful past, fighting for Latinx representation in Hollywood, and some of the comedians who have inspired his craft. He also got very personal about a certain incident that changed his life, and we are honored that he chose to share it with us.

This interview originally aired in October of 2019.

Liked Actor and playwright John Leguizamo? Listen to these next...