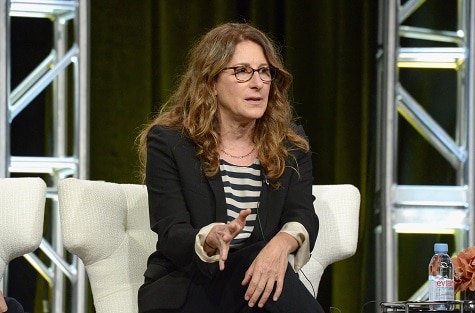 Photo: Charley Gallay / Getty Images
Writer and director Nicole Holofcener on her new film: ‘The Land of Steady Habits’
Filmmaker Nicole Holofcener recently received an Academy-Award nomination for best adapted screenplay and won the Writers Guild of America Award for Best Adapted Screenplay for the film “Can You Ever Forgive Me?.” We’ll revisit our conversation with Nicole – when she stopped by we talked about another one of her recent projects, “The Land of Steady Habits.”

Nicole is probably best known for her films “Friends with Money” and “Enough Said.” She’s also worked on TV shows like “Parks and Recreation,” “Orange is the New Black” and “Sex and the City.”