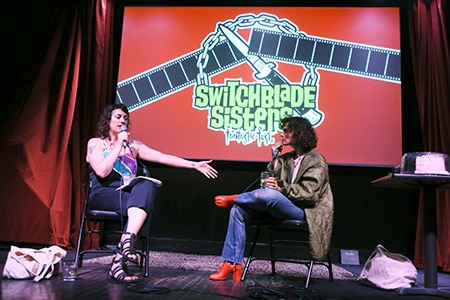 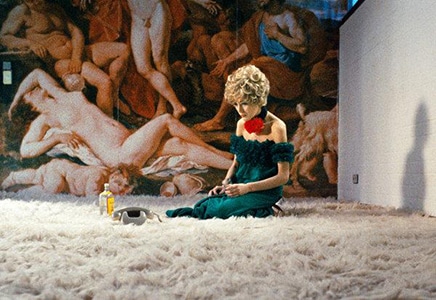 You are looking LIVE on Switchblade Sisters at Fantastic Fest. Recorded at The Highball theater at the Alamo Drafthouse in Austin, Texas. April welcomes one of the filmmakers from the festival, Amanda Kramer, to discuss the Rainer Werner Fassbinder masterpiece, The Bitter Tears of Petra von Kant. Amanda’s film Ladyworld screened right before the recording of this episode. The day also marks her birthday! April and Amanda note that both of the films in this discussion share a similar theme of hysterical women trapped in a confined space. Amanda talks about her love of melodramatic performances and pushing her actresses to reach beyond realism. She also coins a term for her type of filmmaking: “Tamponnui.” Plus, she discusses the fact that she never uses a camera, rarely bathes, and would happily be crowned “The Female Fassbinder.”

Check out the trailer here for Ladyworld.

And if you haven’t seen it yet, go watch on The Bitter Tears of Petra von Kant

With April Wolfe with Amanda Kramer