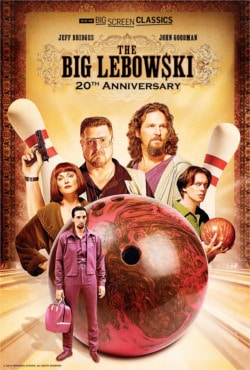 This week we’re very lucky to have the director of A24’s new film Never Goin’ Back, Augustine Frizzell. She’s on the show to talk with April Wolfe about the Coen Brothers’ The Big Lebowski. April and her discuss the friendship on screen between Jeff Bridge’s character ‘The Dude’ and John Goodman’s ‘Walter’, and how that relationship is the emotional center of the film. Augustine relates this to the friendship she crafted in her film, and how writing for those characters was walking a fine line between pathetic and endearing. They also compare these two films in terms of capturing the essence of a city; Los Angeles for The Big Lebowski and Dallas for Never Goin’ Back. Plus, Augustine has a pretty fascinating story of how she came to filmmaking after being a broke, single Mom at the age of eighteen. And she explains how those life experiences helped shape her debut film.

You can see Never Goin’ Back in theaters now.

And if you haven’t seen it yet, go watch The Big Lebowski

With April Wolfe with Augustine Frizzell