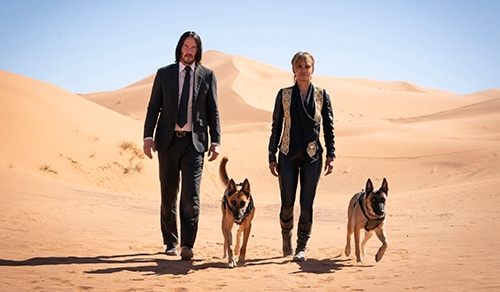 John Wick: Chapter 3 – Parabellum
This week we have a brand new guest host, the wonderful comedian Dwayne Perkins. He joins Alonso and Drea to talk about the newest installment in the John Wick franchise, John Wick: Chapter 3 – Parabellum. The gang does their best to estimate the number of people that John Wick killed throughout the film. Plus, they discuss the career of the universally beloved, Keanu Reeves. They answer a question from the “Who Shotline” that inquires about which directors they first fell in love with. And to finish things off, as always, we’ve got staff picks.

In news, Chris Rock is bringing back the Saw franchise, Quentin Tarantino begs the Cannes filmgoers not to spoil his film, Michelle Rodriguez signs on for another Fast & Furious, and the internet is unhappy with the idea of a Robert Pattinson Batman.