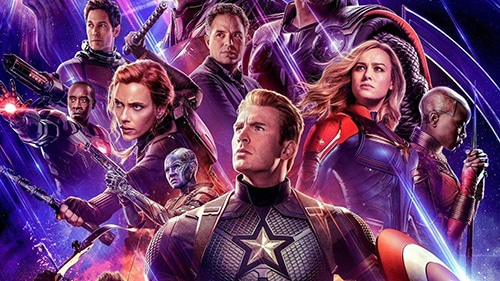 Avengers: Endgame
In this episode, the gang says “auf wiedersehen” to two beloved powerhouses – The Avengers, and more importantly, our beloved host Ricky Carmona. But don’t worry, this is a fond farewell, with Ricky bringing that Bustelo-fueled Carmona Energy. Plus, the gang answers several calls from the Who Shot Line. And, as always, staff picks.

Alonso – Howards End
Drea – Knock Down The House
April – Be Natural: The Untold Story of Alice Guy-Blaché
Ricky – Sneakers, The Night of the Hunter, Mission: Impossible – Rogue Nation, Interview with the Vampire, Strangers on a Train, Invasion of the Body Snatchers, All About Eve, John Wick: Chapter 2.