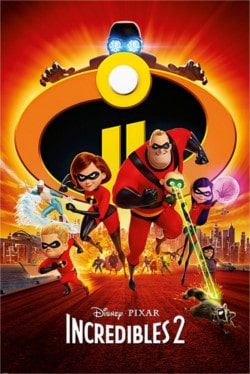 Incredibles 2
This week we have a truly INCREDIBLE episode. Drea returns to discuss Pixar’s Incredibles 2. Once again, things get very SEXY when Alonso reads Anthony Lane’s controversial review of the film from the New Yorker. The crew compares and contrasts Incredibles 2 with other Pixar films. Drea chastises the gang for quoting her on a previous episode and not giving a proper citation. PLUS, Alonso educates everyone on the current state of queer cinema; what’s bad, what’s good, and what’s the future.

In news, Tiffany Haddish tries to get busy with Leonardo DiCaprio, something weird is going on with the Gotti audience reviews, and Natalie Portman wants to make a vegan cooking show.

You can let us know what you think of Who Shot Ya? at @WhoShotYaPod on Twitter. Or email us at whoshotya@maximumfun.org.
Produced by Casey O’Brien and Laura Swisher for MaximumFun.org.