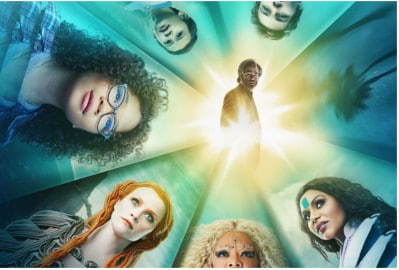 A Wrinkle in Time
We’ve got a very special episode this week as Alonso Duralde takes over hosting duties. He’s joined by film critic for Tribune News Service and the LA Times, Katie Walsh, Vidiots Executive Director/Board Chair, Maggie Mackay, and our dear friend, producer and film festival programmer, Drea Clark. They break down the much discussed A Wrinkle in Time. They address the blowback the film has received, what they really liked about it, and the revolutionary nature of having a protagonist that is a woman of color. They also discuss kids movies in general and some of their favorites. In fact, a fight nearly breaks out over whether The NeverEnding Story is actually a good movie. PLUS, April Wolfe calls in from South by Southwest to give everyone an update.