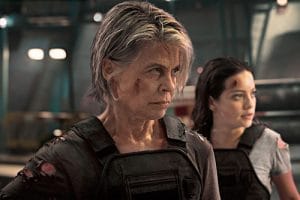 Today we are so lucky to be joined by novelist and Eisner nominated comic book writer, Cecil Castellucci. She and the crew discuss the underseen and underrated Terminator: Dark Fate. The gang also talks about the magic of movies that are set all in one night. Plus, we get another piping hot serving of Alonso’s ‘Christmas Zaddy Christmas Movie Minute.’ And, as always, staff picks.

Liked Episode 114: ‘Terminator: Dark Fate’ with Cecil Castellucci? Listen to these next...

Episode 256: ‘Where the Crawdads Sing’ with Ellen Weatherford