Donald, his wife Jessie, and their son plan to attend a Star Wars fan convention that will comprise their family vacation this year. Donald and their son have been planning and executing costumes to wear for the event. Jessie says she shouldn’t have to wear a costume, since she’s not a big fan herself and she agreed to let the convention double as their family vacation in the first place. Will Jessie have more fun in costume? Or should she be allowed to opt out?

From Donald:
Exhibit A: Photo of Jessie’s tattoo. 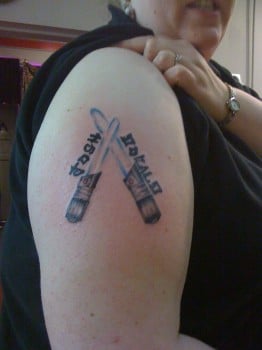 Exhibit B: A photo of Donald “in costume at the last Star Wars convention I attended, several years ago. My updated costume is not quite ready for photos so I thought this would be a suitable replacement.” 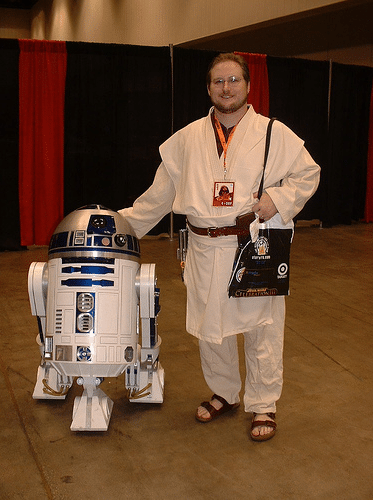 Exhibit C: Donald hopes to complete a costume worthy of acceptance into the Rebel Legion.