Andrew and his girlfriend Britt attended a Hollywood party, at which they spotted television’s Stephen Colbert. Britt requested assistance in taking a photo with Colbert, but Andrew refused to comply. He argues that when it comes to photographs with celebrities, discretion is key; Britt claims that accepting adoration by fans is part of a celebrity’s job.

You may view the evidence for this case after the jump.

Not subscribed to this podcast yet? Use in iTunes or this feed.

A photo of his girlfriend Britt with Lost’s Michael Emerson. 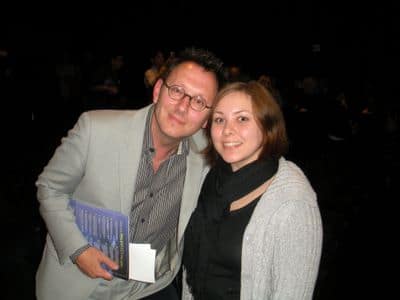 A photo of Andrew with Bill Nye, “The Science Guy”. 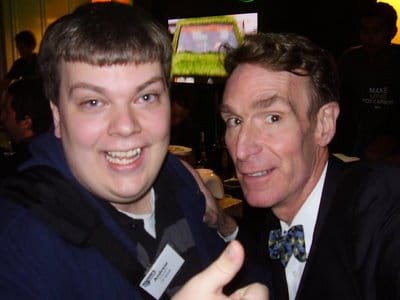