Keil files suit against his brother, Aaron, over a bet they made during their childhood. The Jurassic Park tagline is, “An Adventure 65 Million Years in the Making.” Keil contends that the film took 65 million years to make, but Aaron disagrees. Who’s right? Who’s wrong?

Here is the “Sizzle Reel” showcasing Keil and Aaron’s movies made during childhood:

Thank you to Twitter User @kswizzle13 for naming this week’s case! To suggest a title for a future episode, follow us on Twitter for naming opportunities: @JesseThorn & @Hodgman. Or keep track using the Twitter hashtag #JJHoCaseNames. 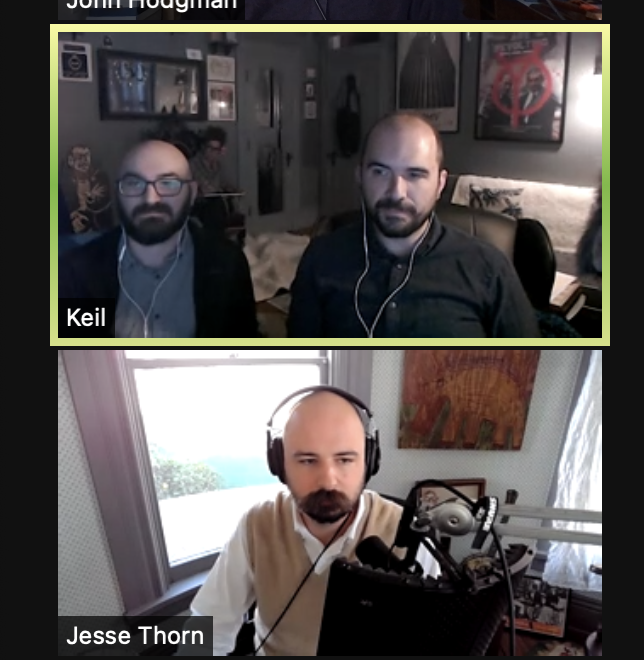 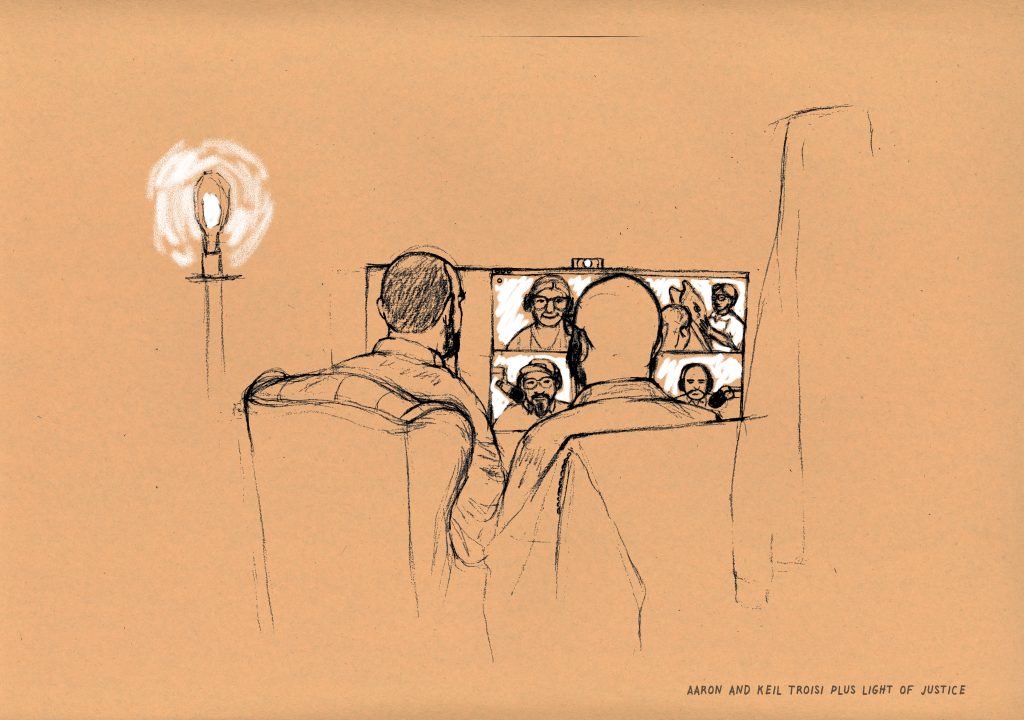 The Courtroom Sketch by George Ferrandi (@jumpstarlove on Instagram) 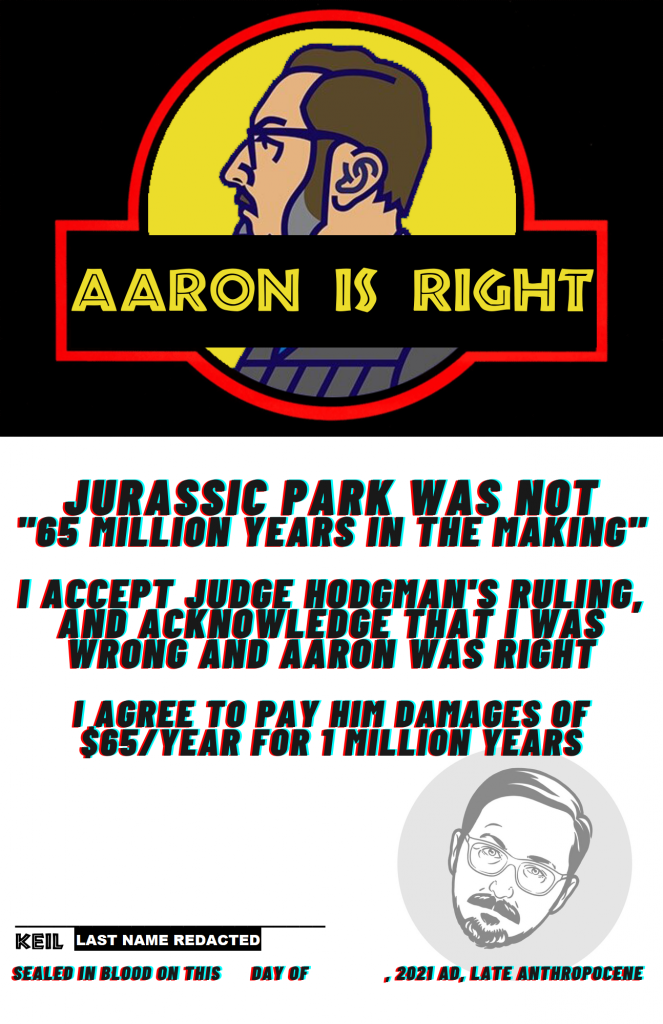 Liked Episode 544: Trialceratops? Listen to these next... 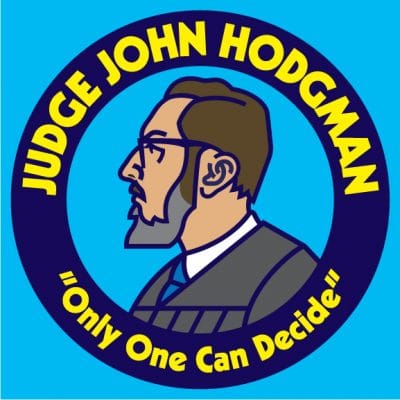