Go Fact Yourself is coming to Chicago! Join us on August 9 & 10 at Sleeping Village. Visit gofactyourpod.com for tickets and details.

Cristela Alonzo is a comedian and former guest on Go Fact Yourself. This week, she’s stepping in as the co-host! Her new book “Music to My Years” will be out in October.

Jessica McKenna is known for the podcast “Off Book” where she and her co-host Zach Reino improvise a full musical with special guests… even if the guests aren’t totally aware of what’s going on when they first join the program. Jessica is also a voice-artist who’s cornered a very specific portrayal: scrappy ten-year-old boys. She’ll explain what’s behind her expertise.

Jessica will face off against someone who also knows a lot about musicals: actor Anthony Rapp. He was part of the original cast of Rent and now stars on the CBS show “Star Trek: Discovery.” You could say he’s a pretty accomplished guy, but he’ll tell us about his formative years where he got some unsolicited advice from legendary stage actor Yul Brynner.

What’s the Difference: Pay me back

What’s the difference between “loan” and “lend?”

What’s the difference between a charge card and a credit card?

Anthony Rapp: The Coen Brothers movies, the Chicago Cubs baseball team from the early 2000’s to the present and the Mass Effect video-game series. 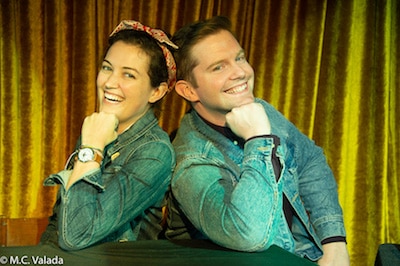 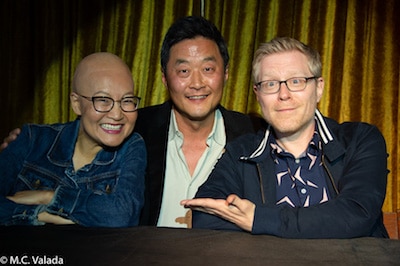 Helen Hong, Stephen Park and Anthony Rapp
Stephen Park, actor who’s known for his performances in the films Fargo and Do the Right Thing.

Helen Hong, comedian and actress who appeared in the film Inside Llewyn Davis and who’s the regular co-host of Go Fact Yourself!