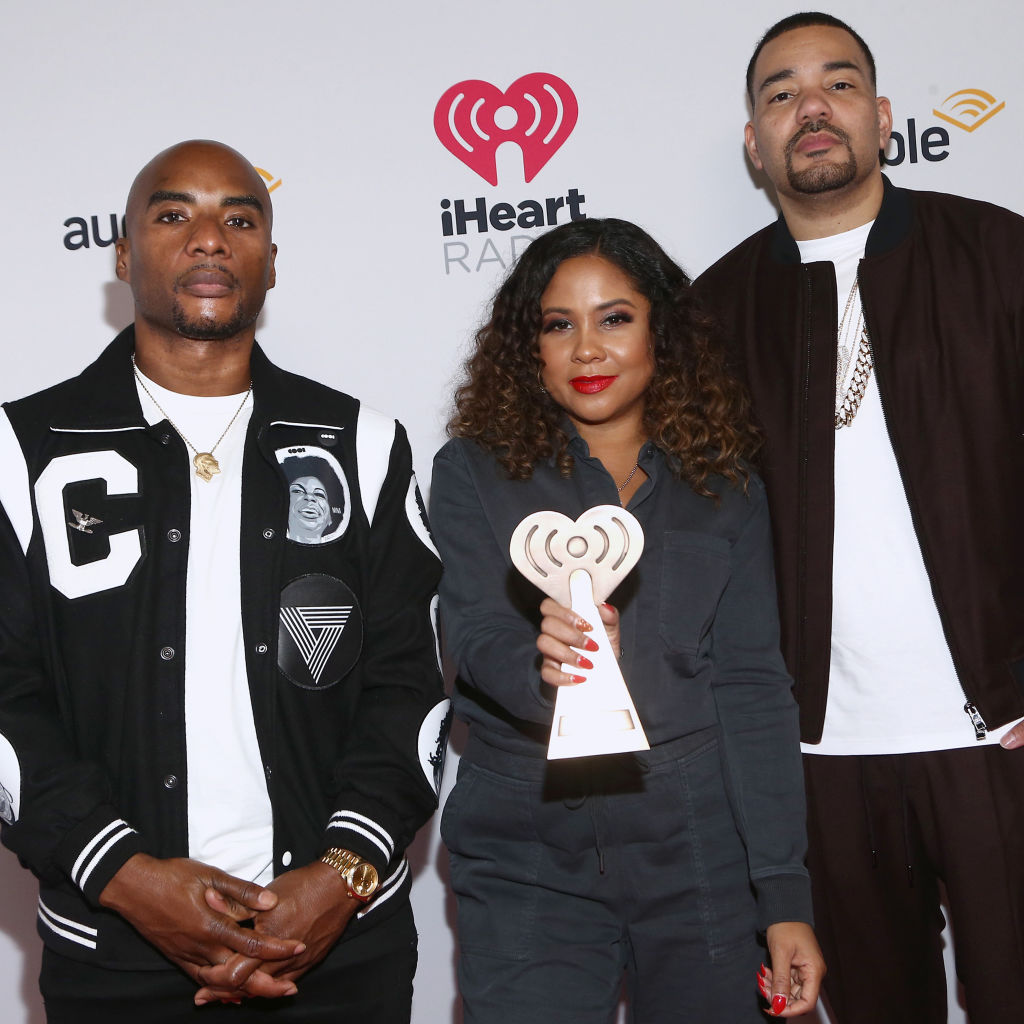 Hope you made room for an all-new FANTI!

This week, Tre’vell and Jarrett are discussing the complicated relationship we have with Charlamagne Tha God and the rest of the team over at “The Breakfast Club.”

The NYC-based syndicated radio show has been on the air since 2010 and has seen everyone from bestie in our head Mo’Nique to presidential hopeful Hillary Clinton come through. Guests can expect to have a candid conversation about hot topics and be grilled by hosts Charlamagne, DJ Envy and Angela Yee.

There’s no denying the show is a hit but sometimes in an effort to be provocative the show can let down its audience. It often traffics in misogyny, transphobia, ignorance and shenanigans. Not to mention the fact that it’s received somewhat of a reputation as being the place for White politicians to go when they want to pander to Back voters.

We love that this platform exists and that Black voices have a place where we can talk about our triumphs and failures but we feel it necessary to hold the show’s feet to the fire and call it like we see it.

This week, we’re celebrating the decision by BET to move forward with the 2020 BET Awards. Host, Amanda Seales did what needed to be done! Hat tip to everyone working hard behind the scenes to make the virtual event a success!

This week, Jarrett has an honorable mention for the “Black People Used to Live Here” marchers shaking the literal tables on gentrifiers.

An honorable mention and “Girl, you did THAT!” to Michaela Coel for her new critically-acclaimed HBO series, “I May Destroy You.” The show deals with the aftermath of an assault and stars Coel as well. It’s funny. It’s chaotic. It’s powerful. It’s just damn good. Catch up here.

Speaking of Black women doing their thing, a postumus honorable mention is in order for aerospace engineer Mary W. Jackson. You may be familiar with the name from the film “Hidden Figures” which was based, in part, on her life. NASA’s DC Headquarters will be renamed after the great mathematician.

Tre’vell has an honorable mention for Ms. Marsai Martin who recently took on the haters who had a problem with her hair for the BET Awards. Apparently, the library is open during lockdown. Salute!

Another honorable mention goes out to Imara Jones and their doc, The Future of Trans. You can check it out here.

Last but least, an honorable mention (sort of) to all of the White actors this week who’ve been resigning from their roles as voice actors for Black characters. Y’all shouldn’t have taken the jobs to begin with but good, we guess.

Read more about this subject from Tonja Renée Stidhum over at The Root.

Liked The Breakfast Club Can’t Sit With Us? Listen to these next...