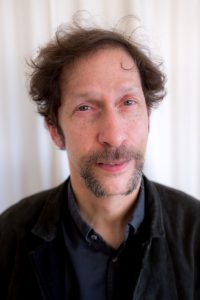 Watchmen‘s Tim Blake Nelson on working with the Coen brothers, growing up in Tulsa and more.

Dig into the archives with us as we revisit our conversation with the great actor Tim Blake Nelson! He’s known for playing characters like the lovable prison escapee in O’ Brother, Where Art Thou? and the singing cowboy in The Ballad of Buster Scruggs and he’s currently starring in HBO’s Watchmen. He plays Looking Glass.

But he could’ve been a scholar. In fact, he almost was. He studied classics at Brown University with his sights set on becoming a professor. But his mom did something that would forever change the course of his career — she encouraged him to act.

Following her advice Tim took a chance and acted in a summer theater program. He went back to Brown the following fall knowing acting was exactly what he wanted to do. This isn’t to say his degree was a waste, quite the opposite. If you’ve seen Tim act you know just how well versed he is in tragedy and archetypes.

Most recently he stars in the critically acclaimed HBO show Watchmen. He plays Looking Glass, a police detective who wears a reflective mask. The series takes place where Tim grew up, Tulsa Oklahoma. An area and experience Tim describes as truly special, something he never took for granted.

On Bullseye Tim talks to us about growing up Jewish in the heartland, keeping traditions alive and being amused by the accents at the synagogue. Tim also talks to us about working with the Coen brothers on The Ballad of Buster Scruggs and how he learned to play guitar while riding a horse.

Liked Watchmen’s Tim Blake Nelson? Listen to these next...