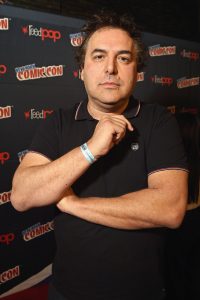 The Best Show podcast host on his new book: It Never Ends

For over 20 years, Tom Scharpling has hosted The Best Show. It aired on the New York public radio station WFMU until around 2013, and now it’s a podcast.

The format hasn’t really changed that much since it began: Tom plays music, he’ll interview folks. He’ll take calls from listeners. He’ll hang up on listeners. The more you listen, the more you get a sense of the Best Show’s rhythm and unique sense of humor.

Tom’s also a comedy writer who’s worked on shows like Monk, What We Do in the Shadows and HBO’s Divorce. As a voice actor, he’s appeared on the Cartoon Network shows Steven Universe and Adventure Time. 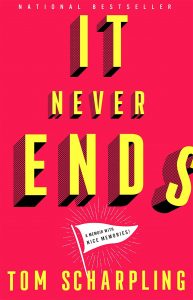 Earlier this summer, Tom became an author. He wrote a book called It Never Ends: A Memoir with Nice Memories. In it, Tom talks about his traumatic childhood growing up in New Jersey, his struggles with mental illness and how he managed to become a success in both comedy and podcasting.

On the latest episode, we talk with Tom about It Never Ends, and hosting The Best Show for more than two decades. Plus, Tom tells us why C3PO, the fussy golden Star Wars robot, is one of the worst fictional characters of all time.

Content warning: There is going to be some very serious talk about mental illness, including Tom’s experience with electroconvulsive therapy. If you’re sensitive to that kind of thing, we thought we’d let you know.

Liked Tom Scharpling? Listen to these next...