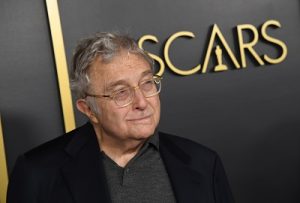 Singer-songwriter and composer Randy Newman on his career in film and what’s the deal with I Love L.A.
Randy Newman has been writing music for half a century. Chances are if you’ve seen a movie in the past thirty years you’ve heard of his work.

His songbook is a part of the fabric of modern pop culture but one could be forgiven if they didn’t initially appreciate the complexity of his catalog. He writes pop songs –  catchy tunes that can perfectly encapsulate a touching film moment. But he also writes songs that come from a place of darkness. A place of truth. Songs expertly crafted to make you laugh, make you think and, maybe most importantly, make you tap your toes.

He knew from an early age that he wanted to get into writing music for film. The singer, songwriter and composer was inspired by a love for modern pop and soul music. He had an intimate knowledge of classical music that he picked up from his uncle and with three uncles in the business it seemed an obvious choice. He also had a love for making people laugh which was handed down to him from his physician father.

He started out as a songwriter, with songs recorded by Dusty Springfield, Petula Clark and Pat Boone. He later began creating his own music with hits like 1977’s “Short People” and 1983’s “I Love L.A.” His unique voice and sharp sense of wit were easily recognizable and, as he later transitioned into film, became a part of his trademark sound.

These days, Randy’s just been nominated for two Academy Awards, one for the score he composed for Noah Baumbach’s Marriage Story, and another for the original song he composed for Toy Story 4. It’s called “I Can’t Let You Throw Yourself Away.”

When we talked to Randy in 2018, he talked to us about writing songs that tap into his feelings, the sincerity behind his classic song “I love LA” and meeting Frank Sinatra. Plus, Randy ponders why a guy with seven Grammys hasn’t had more hits. Don’t miss it.

Catch Randy Newman live this year at one of these events.

Liked The Legendary Randy Newman? Listen to these next...