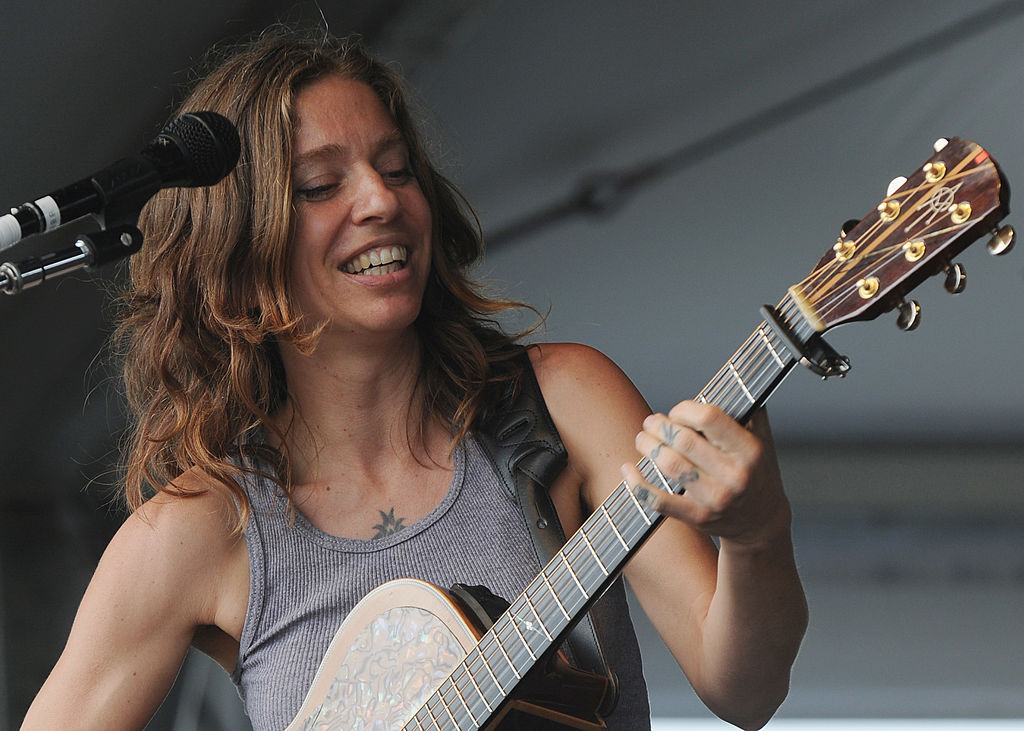 Ani DiFranco on creating autobiographical music, learning to lean on others and collaborating with Prince

Ani DiFranco has been making music since she was a little girl.

As a kid growing up in Buffalo, New York, she immediately took to the medium. She started showing up at gigs and playing old Beatles covers as a busker when she was only 9! By the age of 14 she was performing her own music in coffee shops and bars she was far too young to drink in.

Just a few short years later she launched her own independent record label called Righteous Babe Records. There, she created a sound that marries the sounds of legendary jazz, funk and rock with elements of punk thrown in. She also signed other artists and released work from Andrew Bird, Arto Lindsay and Sara Lee.

Her music is semi-autobiographical, pulling themes and elements from her own life. You’ll hear about the dissolution of her parent’s marriage, her reflections on her own past relationships, her thoughts on her sexuality as well as religion.

Her music is also political. She’s never shied away from talking about societal issues including racism, sexism and war as well as LGBTQI+ and reproductive rights. She’s appeared at benefit concerts and rallies for a litany of cause close to her heart.

Ani joins Jesse to talk about breaking away from self-sufficiency, writing beautiful music and taking time off from the road, Plus,she’ll tell us what it feels like to jam with the one and only Prince! All that and more on the next Bullseye!

You can pick up Ani’s latest album, “Revolutionary Love,” in January.

Liked Singer-Songwriter Ani DiFranco? Listen to these next...