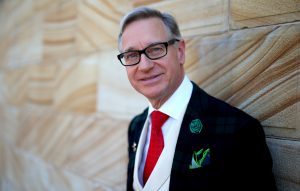 He’s basically a legend. And this marks his… 4th time on the show? Maybe more? We’re losing count.

We’ll talk with Paul about his new work and his career making all your favorite shows – plus, Paul Feig makes gin! He’ll tell us all the secrets of gin making.

You can watch Paul’s new series Minx on HBO, and his mockumentary sitcom Welcome to Flatch is airing now on Fox.

Liked Paul Feig on “Minx,” “Welcome to Flatch” and making gin? Listen to these next...