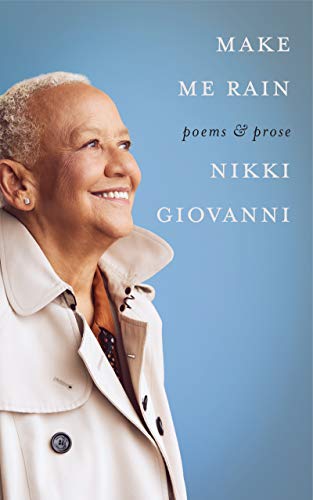 Nikki Giovanni’s poetry will catch you off-guard, if you’re not careful.

Her poems are beautifully descriptive pieces of art that mimic the way our own brains catalog that which means the most to us.  The memories of the smell of our father’s cologne, a picture framed over the mantle of a friend long gone, the wrinkle of a brow from a kind neighbor you had the displeasure of disappointing as a kid. No moment is too small for memorialization.

She was born in 1940s Tennessee and raised in Ohio. Her mother had an extensive home library and she soon picked up an affinity for the works of Langston Hughes and Richard Wright.

She began writing her own poetry as a teenager—a refuge from the doldrums of adolescent existence.

Her early work often acted as a reaction to the events of the civil rights movement, the anguish, the determination, the righteous anger. She didn’t shy away from presenting the world as it was but she also imbued her writing with lots of humor and opportunities to showcase the world as it could be. As it should be.

She’s worked with many of the greats from Jame Baldwin to Maya Angelou. She’s traded iambic pentameter with Mohammad Ali! Oprah Winfrey considers her to be one of our “living legends.”

Her words speak truth to power. They emancipate the mind, the body and the soul! She’s also released several recorded albums.

Her latest collection of poems and prose is called Make Me Rain. It is a deeply personal work that offers readers a glimpse into the author’s mind.

Nikki joins Bullseye to talk about the first poem she can remember writing, overcoming teenage angst and why she’s not afraid—excited even—to find life on Mars. Plus, she’ll tell us why never being satisfied can be toxic.

Make Me Rain is out now.

Liked Nikki Giovanni? Listen to these next...