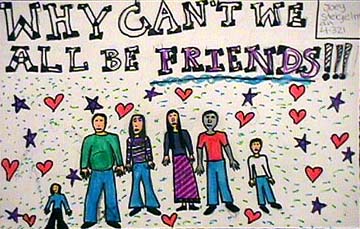 This week on The Sound of Young America, our theme is Making Friends with Black People.

Our first guest, Nick Adams, is the author of a book by that name, and a standup comedian. His book tackles inter-race relations with a comic edge. We talk about the N-word, being black at liberal arts college, and much more. Nick’s about to do a book tour for his book, which will take him to LA & the Bay Area.

Our second guest, Calvin Levels, is a Tony-nominated actor, currently touring the nation with his one-man show James Baldwin: Down From the Mountaintop. Calvin talks with us about Baldwin’s life, how he balanced his dual identities as a black American and a gay American, and more. Calvin will be performing in Santa Cruz March 17th as part of UCSC Arts & Lectures.

Music in this show:
Aretha Franklin’s recording of Nina Simone’s “To Be Young, Gifted & Black” Buy From Amazon