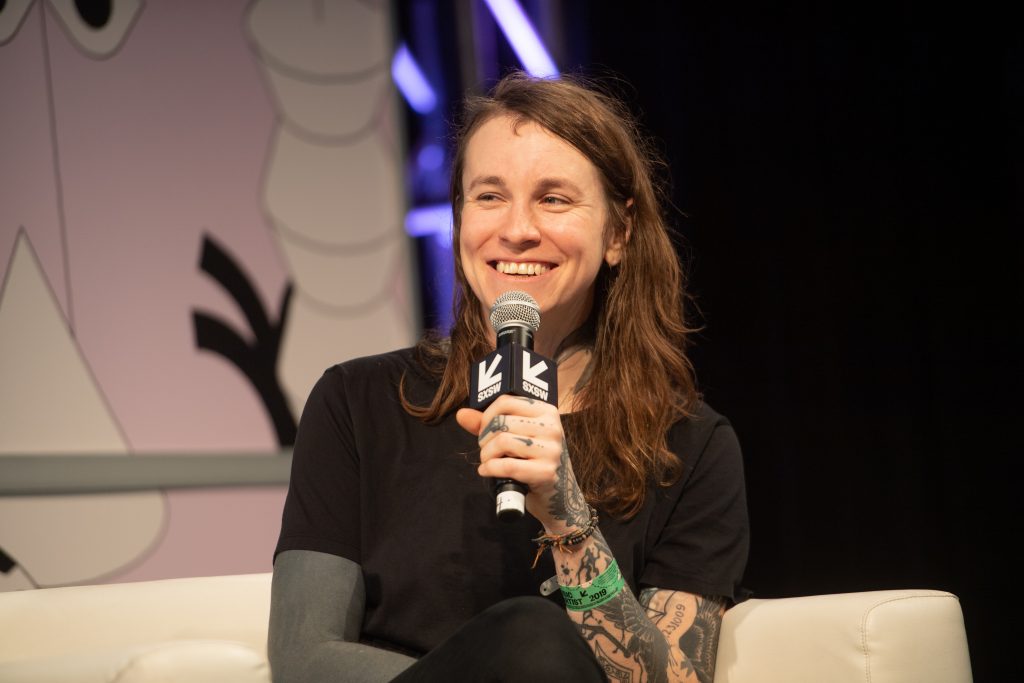 Musician Laura Jane Grace didn’t exactly plan to record an album while in quarantine from a global pandemic. She had planned to tour with and eventually record an album with her band, the punk outfit Against Me!

Three days into a three week stint on the road, the band’s tour was cancelled and everyone was sent home. With several dozen songs already written and a lot more time on her hands, Laura recorded Stay Alive, a solo acoustic album with a stripped down, folkier feel than your typical punk fare.

A lot of the album’s power comes from the feeling that it’s struck just the right emotional chord for these strange times. There’s usually just an acoustic guitar, sometimes a drum machine, and Laura’s voice: powerful, passionate and vulnerable.

Stay Alive isn’t exactly what you’d expect to hear from the lead singer of Against Me! It’s not what you’d call punk. Maybe more like the Mountain Goats or Neutral Milk Hotel. It’s an album from a singer who is confident enough to let her writing speak for itself.

Laura talks with guest host — and Against Me! and super-fan — Jordan Morris about her early days playing shows in a laundromat, her love of Guns N’ Roses, and what it’s like to record an album while in quarantine!

Laura Jane Grace’s new album, Stay Alive, is available to purchase now. You can buy her record on her bandcamp page and stream it there too. Give it a listen.

Liked Laura Jane Grace on going solo, Against Me!, and more? Listen to these next...