This week Bullseye with Jesse Thorn breaks format to bring you something from another great show on the Maximum Fun Network. 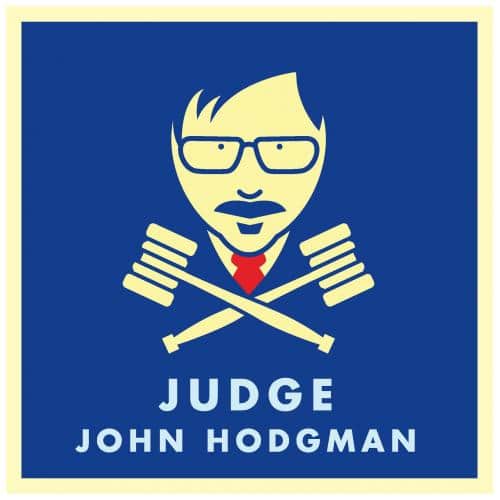 If you know John Hodgman , it’s probably as The Deranged Millionaire on The Daily Show with Jon Stewart, or maybe from his books of world knowledge. Or, maybe, as the PC from the Mac vs. PC ads. What you might not know is that he’s also a fake judge on the internet.

On Judge John Hodgman, he hears disputes from real people all over the world via Skype and tells them who’s right and who’s wrong. Jesse Thorn is the bailiff. The two cases you’ll be hearing are slightly truncated versions. If you want to hear the full versions and see the supporting evidence, click below.

The Right to Remain Silent

Chris wants his daughter, Sophie to get over her shyness and show more confidence in uncomfortable social situations. Sophie believes in making progress in her own way and doesn’t need any pushing from her dad. Eugene Mirman made a special appearance on this case to help weigh in on the dispute.

Nancy brings the case against her friend Becky. They are both veterinarians. Nancy lives out in the country, and owns a herd of Shetland ponies. She says the ponies act as ponies do and are perfectly fine just as they are. Becky says Nancy’s ponies are ill-mannered. Who’s right? Who’s wrong? Only one man can decide.

If you liked what you heard today, there are over 180 episodes of Judge John Hodgman ready and waiting for you, and a new one added each week! Click here to subscribe to the podcast in iTunes, in the RSS feed, or look for it in your favorite podcatcher. Here are a couple of our listener recommended episodes: