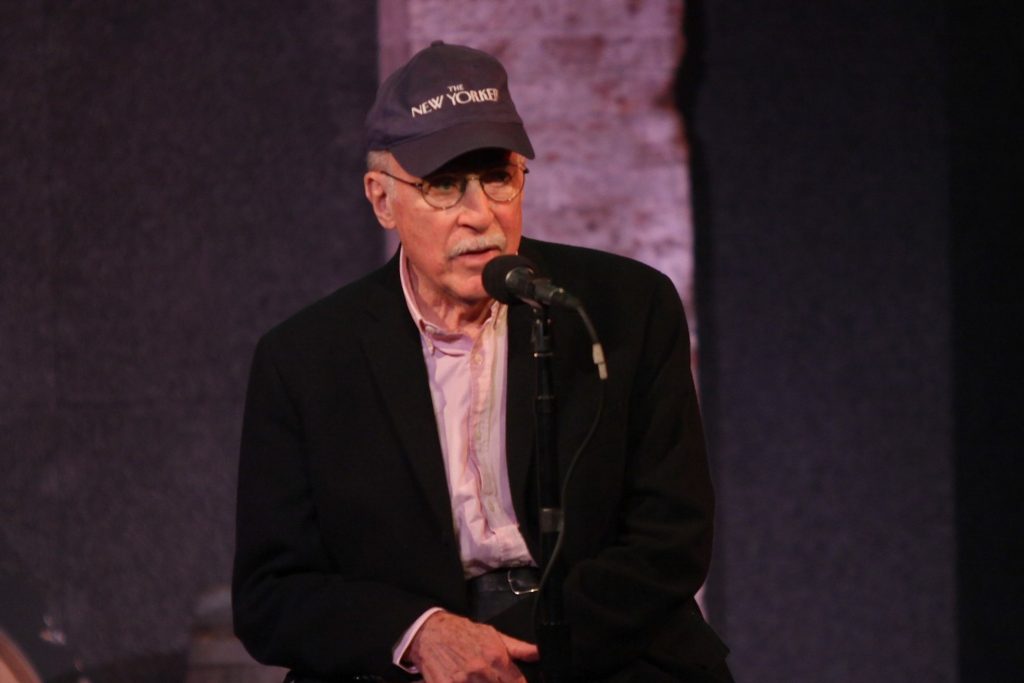 (Photo by Neilson Barnard/Getty Images for The New Yorker)

Roger Angell, the writer, just turned 100 years old. Roger is an esteemed writer and editor best known for his work in The New Yorker writing about his lifelong love of baseball. He is also the author of several books on the subject. While many writers have spilled ink ruminating over the meaning of baseball as an American pastime and lauding the heroes of old, Roger has a unique approach to writing about the sport he loves. He prefers to focus on what he calls the “passing of a baseball life.” The thrill of watching a rookie’s first year in the major leagues, then observing that same player mold raw talent into precision, and the inevitable evolution into a seasoned legend guiding their younger teammates, before eventually making way for new talent.

Roger grew up in a literary family. His mother was Katharine White, the first fiction editor of The New Yorker and his step-father was the novelist, E.B White. Roger grew up wanting to be a writer too, but of a different sort. He wanted to be Ernest Hemingway. However, his love of baseball and the influence of seeing the great Yankees teams of the 1920 and 30s made just as much of an impact on him as his literary pedigree. Although Roger wrote mostly personal essays and short fiction in his early career, he got the opportunity to write about baseball in the early 60’s when The New Yorker sent him to Florida to write about a spring training camp.

Roger wrote a lot about baseball,  but he was never actually a sportswriter. He never had a column and never followed a team. Yet, his writing has earned him a spot in the baseball hall of fame. And when we talked with him, he’d just written This Old Man a collection of stories and essays.

This week, in celebration of his 100th birthday, we revisit our 2016 interview with him. He shares stories about being a young kid in New York watching Babe Ruth play, which baseball players are the best talkers, and editing fiction at The New Yorker. Plus he tells us about the lessons he’s learned about growing older.

Liked Happy 100th birthday, Roger Angell? Listen to these next...