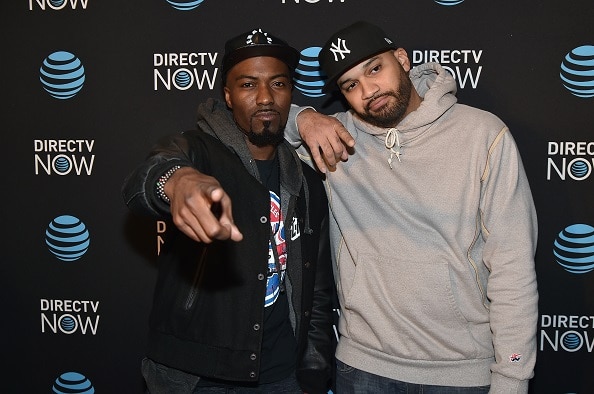 Desus Nice and The Kid Mero on turning a podcast into a TV show, growing up in the Bronx and talking about race

If you aren’t from New York, and you have any idea what a chopped cheese sandwich is, you can probably thank two people for that: Desus Nice and the Kid Mero.

They’re longtime collaborators and friends, having met at summer school in their native Bronx. They started first as podcast hosts with their show Desus vs. Mero, followed by their current podcast The Bodega Boys. It’s a fast-paced, chaotic and very funny show where two best friends mostly just hang out. They’ll talk about the news, music, or how former NBA great Derek Fisher looks like a Verizon store manager. The laughter is infectious, and the show is a good time.

In 2017, they started a TV show on Vice Networks. And in 2019, they moved over to Showtime. The writing staff is stacked with comedians like Ziwe Fumudoh and Josh Gondelman. Since then, they’ve become a pretty big deal. Here’s just a partial list of some of their guests: Ludacris. Glenn Close. Eddie Murphy. John Mulaney. Bernie Sanders. Barack Obama.

And, recently, Yo-Yo Ma, who was kind enough to play them the cello line from the Ruff Ryders Anthem by the late rapper DMX.

Last time we had Desus and Mero on the show in 2017, we found the perfect person to interview them: Brooklyn native and public media legend Ray Suarez. They talk about the show they had just started on Viceland, the difference between being funny on Twitter versus being funny on TV, gentrification in their native New York City and more.

Liked Desus Nice and The Kid Mero? Listen to these next...