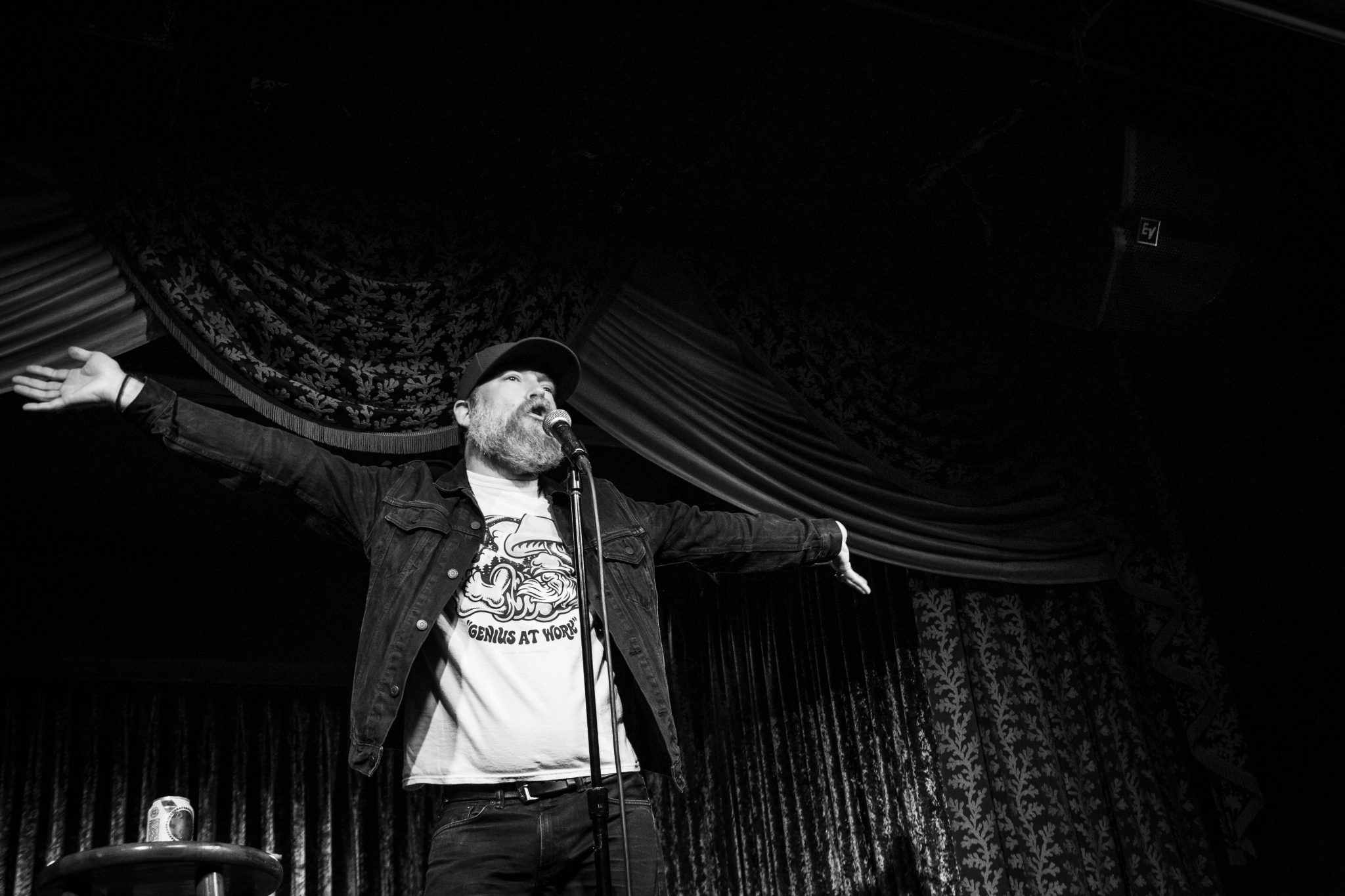 A chance encounter with a Sheboygan police scanner became the impetus for the title of his latest comedy special. It’s called Trampoline in a Ditch. In it, he finds a way to turn terrifying situations into comedy gold. There’s a bunch of his standard observational style of humor but this time around he includes some much darker tones.

He speaks frankly about getting older and grappling with his own mortality. He reflects on his own past behavior and ascertains if it still serves the 43 year old man he is today. The jokes are raw, honest and sometimes uncomfortable.

Make no mistake, however, the special is very very funny.

These days, Kyle’s keeping busy chatting about ghosts and barbeque on his podcast The Boogie Monster with friend Dave Stone. He’s also leaning heavily into his new life as an older guy named Kyle.

Kyle joins Bullseye to chat about challenging himself and his audience with new topics, being the voice of Comedy Central and how the mid-90s punk scene prepared him for the analytical nature of comedy.

Check out Trampoline in a Ditch here.

Liked Comedian Kyle Kinane? Listen to these next...