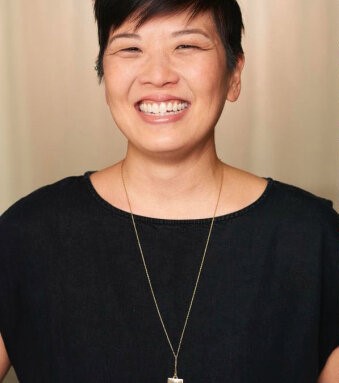 City of Ghosts, the Netflix show, is a bit hard to explain.

For starters, it’s a children’s show. It’s animated in 3-D, and the characters — mostly children — look kind of like Wii avatars. It’s set in Los Angeles, and the backgrounds are real places that thousands of people encounter here every day: Koreatown subway stations, Venice skate parks, East LA restaurants, you get the idea.

The premise is simple: it’s framed like a documentary, hosted by a group of kids who are all members of the “Ghost Club.” The Ghost Club, as the name implies, gets reports of ghosts in the city, goes to find them and, once they do, sits down to interview them.

The members of the Ghost Club are voiced by kids with little to no acting experience. The questions they ask the ghosts sound genuine because, well, they really are genuine. And the ghosts and other adults in the show are also real people, telling more-or-less real stories.

Despite the name, City of Ghosts isn’t scary or alienating. In fact, it’s the opposite: Warm, inviting and illuminating. It gives viewers — both kids and adults — a better idea of the world around us, without sacrificing our capacity for imagination.

It’s a really hard thing to do, but Elizabeth Ito, the show’s creator, does it beautifully.

She’s a writer and animator who’s worked on Adventure Time, Spongebob Squarepants, Hotel Transylvania and more. She created the award-winning short Welcome To My Life. She’s won an Emmy. And she’s a delight to talk to.

Elizabeth joins Bullseye to talk about making children’s TV that adults can enjoy, capturing the feeling of her hometown of Los Angeles and the time she saw a ghost.

Liked City of Ghosts creator Elizabeth Ito? Listen to these next...