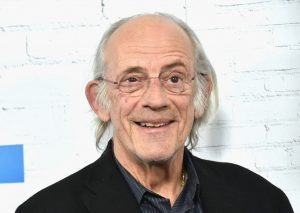 Throughout his career, Christopher Lloyd has performed in some of the most memorable movies of the 20th century including One Flew Over the Cuckoo’s Nest, Who Framed Roger Rabbit, and of course, Back to the Future.

He’s been acting since the age of 19, when he began taking classes at the Neighborhood Playhouse School of the Theatre in New York. There he studied with legendary acting teacher Sanford Meisner – the creator of the Meisner Technique. In 1961, he made his New York Theatrical debut in a production of the play, And They Put Handcuffs on Flowers by Fernado Arrabal.

Lloyd acted mainly on stage before getting his first big movie role in One Flew Over the Cuckoo’s Nest, where he starred alongside Jack Nicholson as a patient in a psychiatric hospital. In 1978, he starred in his first major television role as an eccentric cab driver in the sitcom Taxi. He won two Primetime Emmy Awards for the role.

Following his work in Taxi, Lloyd appeared in a number of iconic films throughout the 80s and 90s including Who Framed Roger Rabbit as the sinister Judge Doom, The Addams Family (1991) as Uncle Fester, and the Back to the Future trilogy as the unforgettable “Doc” Brown. He’s also the voice of The Hacker in the PBS Kids series Cyberchase which has been running since 2002.

Today he is 82 and has no plans to stop working anytime soon. He’s still extremely committed to his craft, and performs on stage regularly and continues acting in movies and TV shows. His latest project is called Senior Moment. It’s a romantic comedy that Lloyd stars in alongside Jean Smart and William Shatner. He’s also in the upcoming action movie Nobody, where he’ll act opposite Bob Odenkirk.

Liked Christopher Lloyd? Listen to these next...