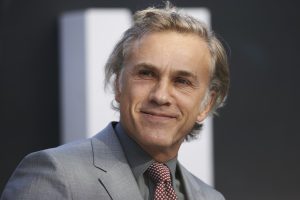 At the time, Waltz was a relative newcomer to American films. His role as Colonel Hans Landa earned him not only his first ever Academy Award nomination, but also his first Academy Award. Almost overnight, he became an American movie star. You’ve seen him in films like The Green Hornet and Django Unchained. In Spectre and recent installments of the James Bond franchise he portrayed nemesis Ernst Stavro Blofeld. He’ll reprise his role in the near future with No Time to Die.

His latest project is Most Dangerous Game on the mobile streaming platform Quibi. It’s a retelling of the classic short story by Richard Connell. In this modern retelling a terminally ill man named Dodge agrees to be hunted for sport in exchange for millions of dollars. Dodge is portrayed by Liam Hemsworth. He learns about the game from Miles Sellers, the CEO of a company called Tiro Fund. Waltz’s portrayal of Miles is mysterious and chilling.

We’ll chat with Waltz about the new series. Plus, we’ll dive into his time working with Quentin Tarantino, what it was like to audition for the role of Colonel Hans Landa, how he stumbled on acting and so much more.

Liked Christoph Waltz? Listen to these next...