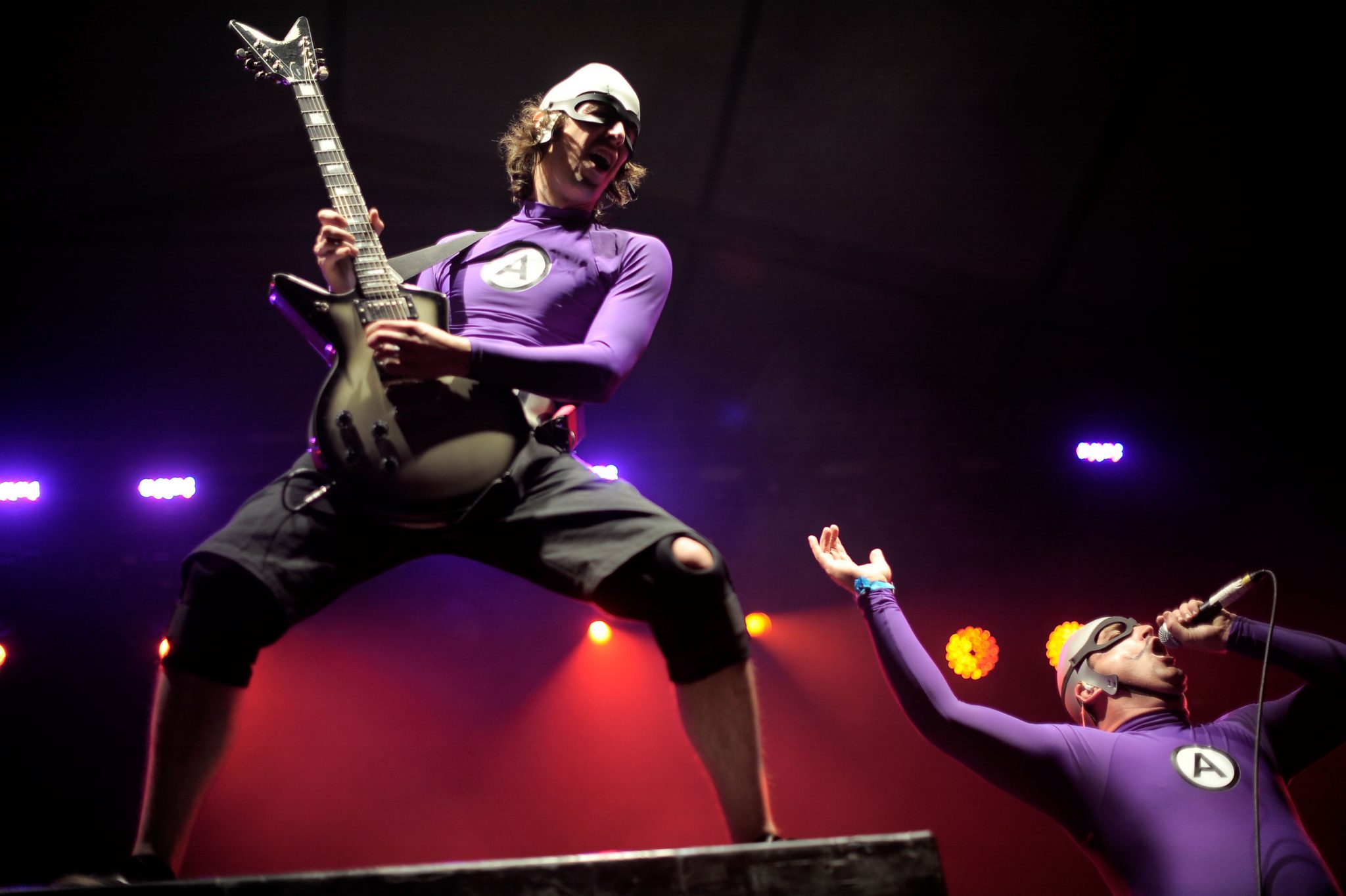 The Aquabats frontman Christian Jacobs on the band’s evolution

You can’t mention the great bands of the 90s SoCal music scene without mentioning The Aquabats. The band solidified its place among ska royalty alongside No Doubt, the Mighty Mighty Bosstones and Sublime. The sound dominated both college and mainstream rock airwaves throughout the mid 90s. A mixture of new wave and punk from the previous decade, ska soon took over the airwaves and The Aquabats’ unique sound and aesthetic was an experience like none other. With upbeat lyrics and costumed members dedicated to “fight the forces of evil and boredom across the land in their BattleTram using positive vibes and rad music” the band’s popularity grew far outside the borders of Orange County.

Frontman Christian Jacobs took lots of inspiration from children’s programming of the 1970s as well as quirky public access shows to help fine-tune the band’s brand. There are elements of bands like The Specials as well as Ween and Devo but you’ll also find the dedication to stage production reminiscent of a band like Gwar. The band has produced 6 studio albums over the course of their two decade career, performing in superhero outfits defeating elaborately costumed villains on stage.

The band also created a live-action musical action-comedy television series called The Aquabats! Super Show! where they starred as fictionalized versions of themselves in a campy extension of the world they had created on tour. The program was nominated for several awards and won a Daytime Emmy. The band’s frontman also just so happens to be the cocreator of the wildly popular family program Yo Gabba Gabba which incorporated music with live-action puppetry to teach children social skills. The series ran on Nickelodeon for over a decade.

While the band’s sound has evolved since forming in the early 90s, The Aquabats continue to create exhilarating music that the entire family can listen to. Their latest album, Kooky Spooky…In Stereo was released last August and is a new-wave driven rock album with lots of good vibes.

Christian joins Bullseye guest host Jordan Morris to talk about his earliest musical memories, the theatrics of punk music and the origin of the band’s name. Plus, we’ll learn how they booked a show before they ever wrote a song!

Liked Christian Jacobs of The Aquabats? Listen to these next...