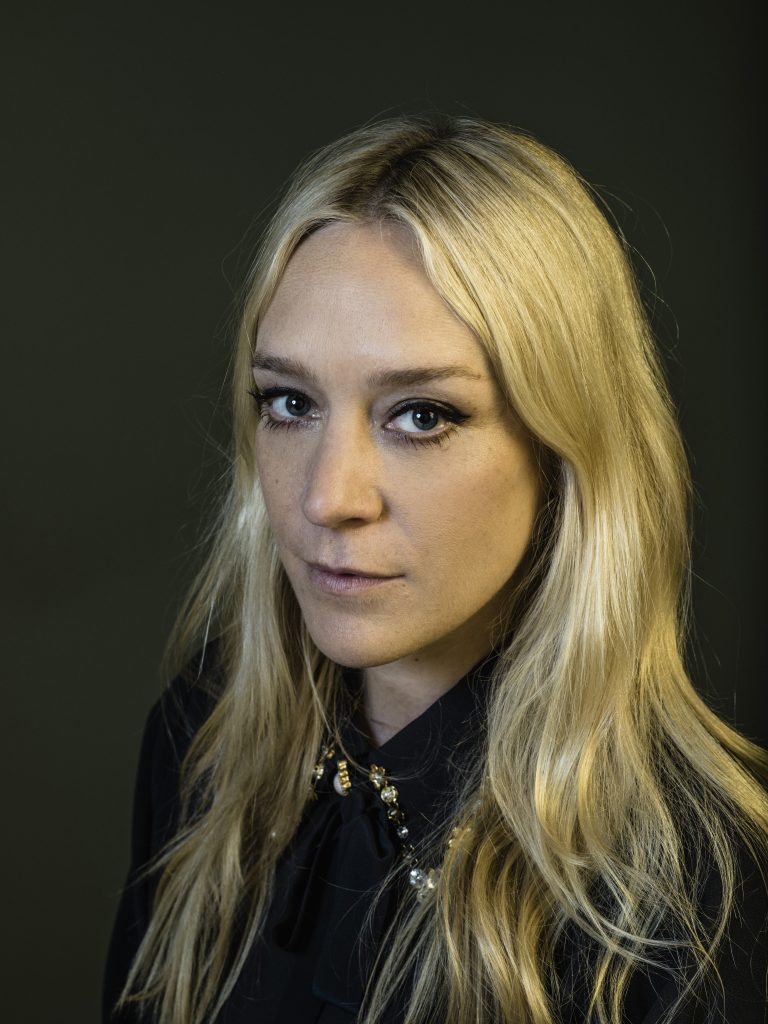 Chloë Sevigny is known for a lot of things in showbiz – but she is perhaps best known for being cool.

She has an impeccable fashion sense and makes waves in that world.

She got her start as a model. Then, Chloë appeared in music videos for bands like Sonic Youth and The Lemonheads. Then as an actor in arthouse movies – her debut was in Larry Clark’s pioneering movie Kids.

And she went on to bigger things: an Oscar nominated role Boys Don’t Cry, indie films like The Last Days of Disco and Broken Flowers. Regular roles on shows like Big Love and American Horror Story, too. We were big fans of her recurring appearances as Alexandra on Portlandia.

These days, she’s starring in two tv shows: Russian Doll and The Girl from Plainville.

The latter is a TV drama series inspired by the so called “texting suicide case.” Conrad Roy III was 18 years old when he died by suicide in 2014. Roy’s girlfriend, then 17 year old Michelle Carter, was charged and later convicted in connection to his death.

The series explores the events leading up to Roy’s death, and the relationship Conrad and Michelle shared.  In the show, Chloë portrays Conrad’s mother Lynn.

She talks with Jesse about her most recent projects. Plus, being a cool teen and keeping it cool after all these years. We’ll also geek out with Chloë about her making own clothes. Truly a fashion icon!

Liked Chloë Sevigny? Listen to these next...