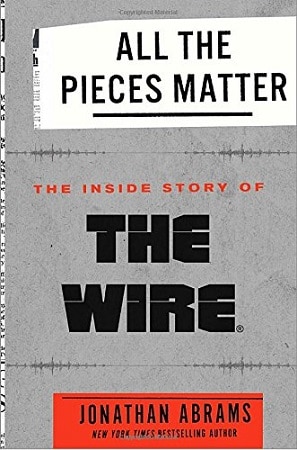 Let’s celebrate one of the best shows ever: The Wire!
This week, we’re doing something a little different on Bullseye. It’s been 10 years since HBO’s brilliant crime drama “The Wire” ended its run. We’re dedicating the entire episode to the groundbreaking show. “The Wire” wasn’t just another cop show — it was an investigation of contemporary America that uses the drug trade as a lens to get at even larger issues. “The Wire” is just kind of setup like a novel — its got its own idiom, its own pacing. And even ten years later the show is still incredibly relevant and riveting to watch.

We’ll revisit an interview from 2008, which features two greats from the ensemble cast of “The Wire.” Wendell Pierce (Detective Bunk Moreland) and Andre Royo (Bubbles) talked with Jesse about their time as actors on “The Wire.” They discuss what it was like to authentically portray life in poor Baltimore neighborhoods, and how the show helped them launch their careers in an industry where the roles they often auditioned for were so polarizing.

Plus, we’ll hear from author Jonathan Abrams. Jonathan is an award-winning writer for The Bleacher Report and he’s written for Grantland, The LA Times, The New York Times and more. He became obsessed with HBO’s “The Wire” when a friend kept bugging him to watch it. He finally gave it a shot during the show’s 4th season that aired in 2006.

He just wrote “All the Piece Matter: The Inside Story of The Wire.” It’s an oral history of the show as told by the actors, writers, directors, and other people involved in its creation. He’ll tell us about the painstaking efforts the show creator, David Simon; took to make sure the show got Baltimore right.

You can check out and share Wendell Pierce and Andre Royo’s interview from the archives on YouTube here. And listen to Jonathan Abrams segment here!

This episode of Bullseye will include some light spoilers about “The Wire.” If you haven’t seen it by now… what are you waiting for! You’ve been warned.