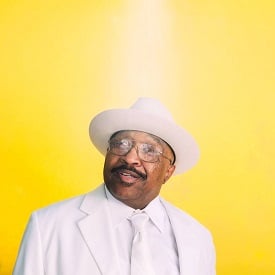 Photo: David McMurry/Courtesy of Swamp Dogg
Swamp Dogg: On His Musical Upbringing, New Album, and Six Decade Career
Singer/songwriter and three-time Bullseye guest Jerry Williams is best known by his recording name Swamp Dogg. He started in show business as a kid. He put out his first song at the age of twelve with his mom playing drums. Then, in the 60s, he was a record company man. He worked A&R, produced bands, and wrote a few R&B hits.

He adopted the name Swamp Dogg in the early 70s and put out a bunch of classics: “Total Destruction To Your Mind,” “Rat On!,” “Cuffed, Collared & Tagged.”

His music is straightforward soul with a hilarious psychedelic lens.

These days, more and more people are getting hip to Swamp’s music. His old LPs have been reissued and he’s still making music! He’s closing in on two dozen albums now, and just put out a new one called “Love, Loss and Auto-Tune.”

Swamp Dogg tells Jesse about what’s it’s like to for him to still be performing today and, a time he was mistaken for being a white musician. 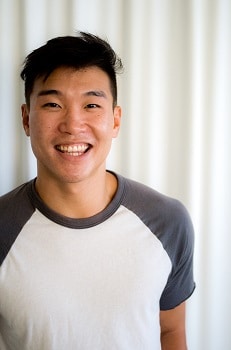 Photo: Jesse Thorn
Joel Kim Booster: On His Stage Persona, Defying Stereotypes, and Growing Up in A Conservative Christian Home
A quick warning: This next segment features some frank talk about sex. If that isn’t the kind of thing you want to hear, just a heads up.

Joel Kim Booster is a writer and comedian. He’s written for “Billy on the Street,” “Problematic with Moshe Kasher,” and Netflix’s “Big Mouth.” As a standup, he’s appeared on Conan, Comedy Central, @Midnight and more.

He’s Korean American and was adopted and raised by a white family in suburban Illinois. His upbringing was conservative and very, very religious – he was homeschooled until he hits his teens, and came out to his parents about being gay in his late teens.

In this interview, he talks to Jesse about his “hot” and “dumb” stage persona, his hopes for the afterlife, and the feedback he gets from other Asian American entertainers and his Asian American followers.

Joel’s comedy album is called “Model Minority.” You can find out the latest about Joel on his website: I hate Joel Kim. 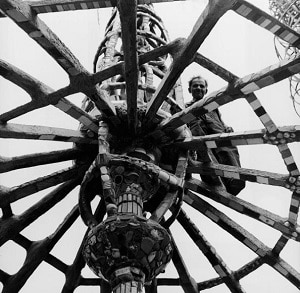