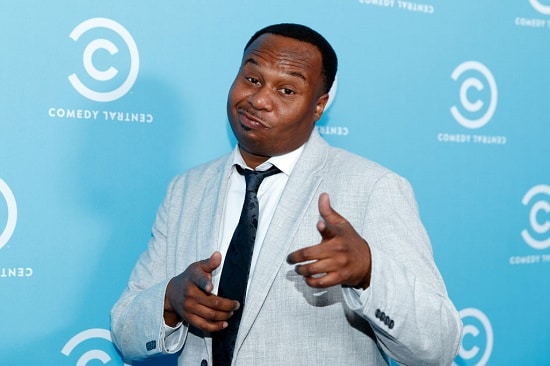 Photo: Rich Polk/Getty Images
Roy Wood Jr. on writing jokes and working on “The Daily Show”
Roy Wood Jr. is a comedian. You’ve probably seen him as a correspondent on “The Daily Show.” He’s done comedy pretty much his entire life, but he majored in broadcast journalism and for a while, it was looking like that was gonna be his career. He was born and raised in Birmingham, Alabama and first got his start in radio, working at a handful of stations. Sometimes he wrote, sometimes he produced or reported, but at heart, Roy’s always been a standup, doing his act whenever he found the time.

In 2010, he finished third on NBC’s “Last Comic Standing,” which is when his career took off – he got his own radio show, got acting roles, started getting booked in bigger venues. He soon released his stand-up comedy album called “Father Figure,” which made a bunch of top 10 lists for 2017. This year, Roy released his new one-hour stand-up special called Roy Wood Jr: No One Loves You on Comedy Central which accompanies his digital album and features original sketches based on his act.

Roy talks with Jesse about the difficulty of writing original jokes, gang colors, and how being on the Daily Show has given an opportunity to share some of his bolder takes on politics and race.