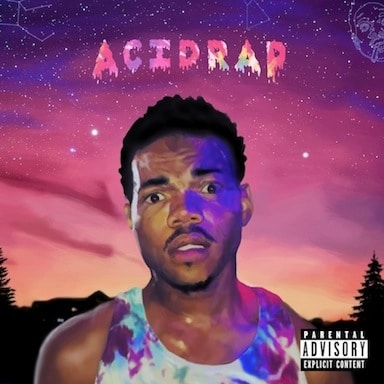 Andrew Noz joins us to provide some recommendations from the world of hip hop. First, he talks to us about Chance the Rapper’s self-proclaimed lyrical challenge, as evidenced in Juice, a track off his latest mixtape, Acid Rap. And what if Lil Wayne stayed off the beaten pop music path? It might sound like Young Thug’s weirded-out track, Picacho. 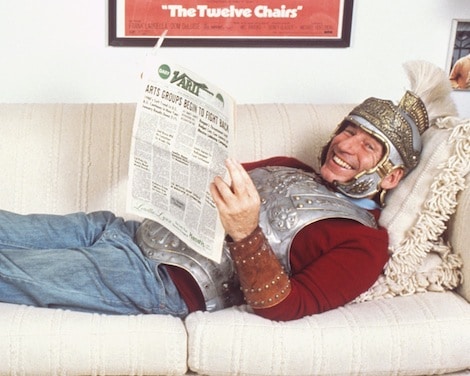 Mel Brooks catching up on the present in between takes of History Of The World: Part I. (Photo by Pamela Barkentin Blackburn.)
Mel Brooks Takes Down Hitler (and Makes a Few Wonderfully Bad Jokes Along the Way)

It’s hard to imagine what American comedy would look like without Mel Brooks. With a sharp eye for parody, a seemingly infinite supply of gags, and enough destruction of the fourth wall to make a postmodern novelist blush, his work has set the tone for countless comedy TV shows and films. It’s hard to imagine SNL‘s relentless TV parodies without Your Show Of Shows (which Brooks wrote for alongside Sid Caesar back in the 50s), The Simpsons without his filmography full of sly pop-culture references, or the careers of Airplane! creators Zucker, Abrahams and Zucker without Brooks’ shameless love of (self-admittedly) awful jokes.

A new PBS American Masters documentary, Mel Brooks: Make A Noise, explores the life and career of the EGOT winner and man behind The Producers, Young Frankenstein, Blazing Saddles, and so much more. Brooks talks to us about fighting in World War II (where he managed to even make a few Germans laugh), the genius of Gene Wilder, and that time Sid Caesar dangled Brooks out the window of a Chicago hotel room.

(Embed or share this interview: Mel Brooks Takes Down Hitler (and Makes a Few Wonderfully Bad Jokes Along the Way) 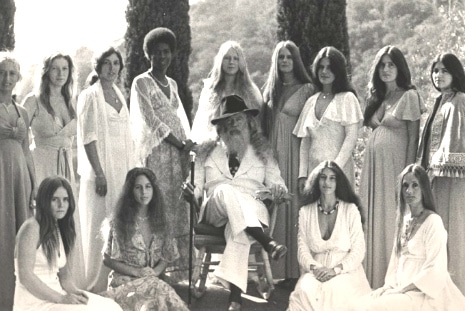 The Source Family fit the conventional image of a typical hippie cult in a lot of ways – assuming, of course, that there is such a thing as a typical hippie cult. You could point to the commune, the long hair, the Jesus-y robes…not to mention occasional hits of what they called “sacred herb”. Dig deeper, though, and it becomes clear that there was plenty that separated the Source Family from stereotypes.

The group was just as unique as their leader, a man who called himself Father Yod. He was a former Marine, stuntman, jujitsu expert who founded the Source Family alongside a highly successful vegetarian restaurant. Out of the back of that restaurant, the family sold recordings of their regular jam sessions, which became the stuff of psychedelic rock legend. Perhaps most unlike your average cult leader, Father Yod was not particularly attached to any particular ideology – not even his own. In direct violation of his own commandments, Yod married thirteen wives, a move which both alienated a number of family members and caught the LAPD’s attention. This caused the Source Family to flee to Hawaii, which ultimately resulted in the group’s demise.

We’re delving further into LA’s most famous hippie cult with the help of Maria Demopoulos and Jodi Wille, the directors of a new documentary called The Source Family. They discuss the group’s run-ins with celebrities (and law enforcement), why Father Yod once told his followers to cut their hair and get jobs, and whether or not they would have joined the group, if given the chance.

The Source Family is in limited nationwide theatrical release. For information about screenings at a theater near you, check out the film’s website. 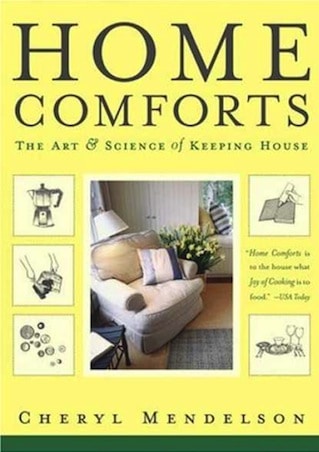 This week, find out why Jesse’s been spending a lot of time with Home Comforts by Cheryl Mendelson, a home-tome that gracefully runs the housekeeping gamut from sections titled “Administering Insurance Policies” to “Privacy, Sex, and the Constitution”.