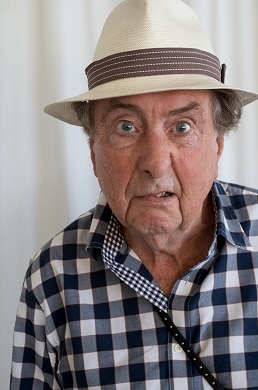 Eric Idle is a comedy pioneer and a real-life Monty Python! He co-created and starred in the TV show, along with hit movies like “The Meaning of Life,” “The Holy Grail,” and “Life of Brian.” He also co-founded The Rutles, the Beatles parody band, and wrote the smash hit Broadway musical “Spamalot.”

Eric’s entered a reflective moment in his career and so, he’s written a memoir. It’s called “Always Look on the Bright Side of Life: A Sortabiography” and it’s in bookstores now, go check it out!

In our conversation, Eric shares some hilarious anecdotes about the comics and rock stars he worked with, insight into the Python creative process, and how he looks back on Monty Python’s legacy today. 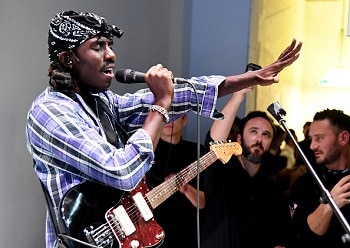 Photo:Nicholas Hunt/Getty Images
Blood Orange’s Dev Hynes on Producing for Hit Makers and His Teenage Years as a Metal Head

Easily one of the most interesting musicians around today, Devonté “Dev” Hynes is a singer, multi-instrumentalist, and producer. He’s worked on hits for folks like Carly Rae Jepsen, A$AP Rocky, Kylie Minogue, and the Chemical Brothers just to name a handful. He also produced the breakout Solange Knowles hit “True.”

Dev’s also been making music of his own for over ten years now. First under the name Lightspeed Champion and then, starting in 2011 as Blood Orange. His sound isn’t easy to define. It changes from album to album, even from song to song. You’ll hear a little bit of Prince, maybe Sade every now and then. It’s music made to evoke feelings of nostalgia, melancholy, love.

Also, ever wonder what’s it like when Diddy has your number and returns your calls? Dev has the answer and he tells Jesse! 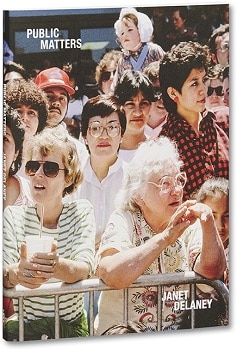 In search of good weather and cheap rent, photographer Janet Delaney moved to the Mission District in San Francisco in the ’80s. It’s the stage where she shot the images in her new book “Public Matters.” To Delaney, to live comfortably in a city is to feel at home with strangers and you can feel that in her pictures.