This week! The AV Club: Tasha Robinson and Josh Modell of The AV Club join us to recommend the thriller Contagion, out on DVD, and Daniel Handler’s new novel Why We Broke Up. (Embed or share)

Dan Deacon with “The Song That Changed My Life”: Baltimore-based musician Dan Deacon talks about why a player piano composition by Conlon Nancarrow changed his life and the way he made music. (Embed or share) 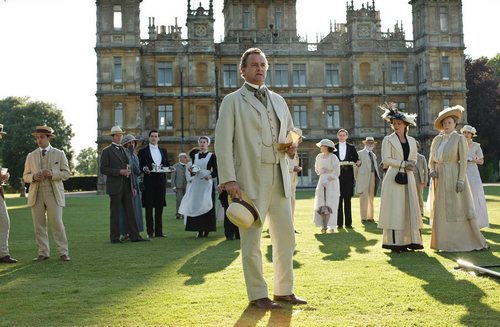 Downton Abbey: Hugh Bonneville, Dan Stevens and Joanne Froggatt from the totally unstuffy costume drama Downton Abbey talk about the peerage system, upstairs and downstairs love affairs that make us swoon, and the show’s bridge between the old customs and modernity. The second season of the show begins airing January 8th on PBS’s Masterpiece. (Embed or share) 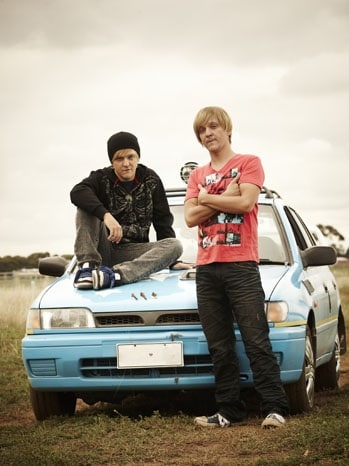 Chris Lilley, Creator of Angry Boys: Chris Lilley, the very funny Australian comedian and showrunner, talks about his new series Angry Boys. The show pushes boundaries with his faux-documentary of characters in different stages of life and scenes of adolescent torment. Lilley plays six characters, both male and female and occasionally side by side, in sort of a natural continuation of his work in the acclaimed show Summer Heights High. You can catch Angry Boys on HBO on Sunday nights. (Embed or share)

The Outshot: And we close with The Outshot — Jesse’s pick for this week, the anthem “F— ‘Em” from Bay Area rapper E-40. (Embed or share)