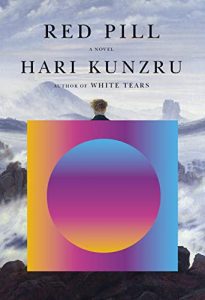 Author Hari Kunzru on Red Pill
Hari Kunzru is a novelist and journalist. He’s the author of several novels including: My Revolutions, Gods Without Men, and White Tears.

His latest novel is called Red Pill. The book’s protagonist is an unnamed narrator. He’s a writer in Brooklyn, married with kids. And in the back of his mind, he can’t shake this feeling: something bad is about to happen. He doesn’t know what. He doesn’t know what he can do about it. But the growing terror is beginning to consume him.

He gets a job in Berlin, a residency. The time alone only invites more demons in: is he being watched? Is there an evil growing in the world? To the west, he sees Nazi ruins, to the East, the Stazi Museum.

The book is a little bit satire, a little bit of a comment on politics, today. It’s also a gripping thriller.

Hari joins guest host Carrie Poppy to talk about where he got the idea for this new book, the dark web, online privacy, and similarities between his real life experiences and Red Pill‘s narrator.

Liked Author Hari Kunzru on his latest book, ‘Red Pill’? Listen to these next...