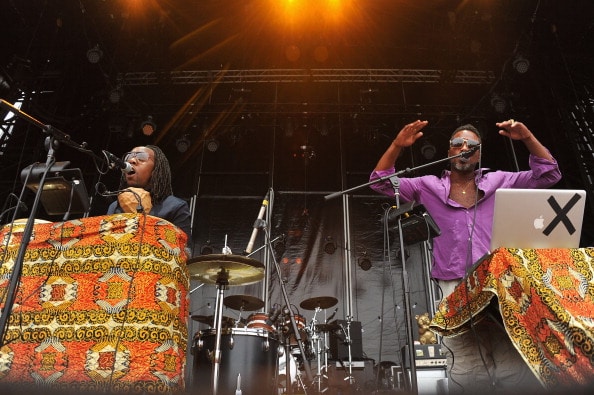 Theo Wargo/Getty Images Entertainment/Getty Images
Ishmael Butler on the Short Life of Digable Planets and the Cosmic Hip Hop of Shabazz Palaces
In the early 1990s, the hip hop group Digable Planets broke through with their single “Rebirth of Slick (Cool Like Dat)”. The single was jazzy and laid-back, and became a crossover hit. The trio were pegged by some as a counterpoint to gangsta rap, but they didn’t love the efforts to categorize their sound. They went further on their next boundary-pushing release, the classic record Blowout Comb. The album was critically acclaimed, but didn’t sell well, and the group drifted apart shortly afterward.

Founding member Ishmael Butler was only in his mid-20s when Digable Planets broke up. And so he tried other things, like filmmaking. He still made music, but the releases were few and far between. About six years ago, he teamed up with Tendai Maraire to form a new group, called Shabazz Palaces.

Shabazz Palaces‘ latest release is called Lese Majesty, and it expands on their interstellar sound.

Digable Planets will be teaming up for a reunion show in Seattle this December. 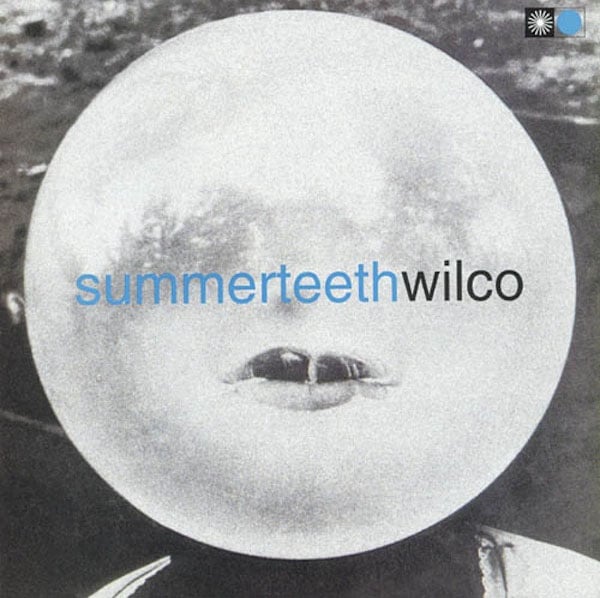 Todd Martens on Young Love and Defying Expectations
Beyond interesting conversations with people in culture, we like to tell you about interesting cultural stuff. There’s so much stuff out there, you don’t have time to listen to everything. That’s why we’ve brought in Todd Martens, who writes about music for the LA Times, to tell you about two albums you can dive into without hesitation.

He also recommends Summerteeth by Wilco, an album which explores a different side of Wilco.

You can find Todd’s writing in the LA Times and on their blog, Pop and Hiss.

Loic Venance /AFP/Getty Images
“The Song That Changed my Life”: Director Michel Gondry Gets Nostalgic for “Le Sud” by Nico Ferrer
There’s a certain kind of feeling to the director Michel Gondry’s films. A little bit of happiness mixed with sadness. Nostalgia for something that you experienced, or maybe something you wish you had experienced. You may have felt it watching Eternal Sunshine of the Spotless Mind, The Science of Sleep, or his new film Mood Indigo.

Alberto E. Rodriguez/Getty Images Entertainment/Getty Images
Allison Janney, from Loose Cannon Sitcom ‘Mom’ to Intimate Drama in ‘Masters of Sex’
If you’ve seen Allison Janney on television lately, it’s been in one of two very different roles. On the Showtime series Masters of Sex, Janney guest stars as a somewhat naive, vulnerable 1950s housewife who experiences a breakthrough after many years in a sexless (but not loveless) marriage. Her story is both heartbreaking and hopeful. In the CBS sitcom Mom, she plays Bonnie, a recovering alcoholic who’s outrageous, biting, and very funny. Bonnie’s been down, but she’s making peace with her estranged daughter and getting her life back together. Janney’s characterizations are versatile; they allow her to be warm, steely, confident, and thin-skinned by turns. Janney has won Emmys for both roles.

She spoke to us about her early acting days (including auditioning for an intimidatingly handsome Paul Newman), getting comfortable with the inevitable nude scenes for Masters of Sex, and the ways that her mom’s background and brother’s struggle with addiction gave her insight and empathy for her current roles.

Mom is in its third season on CBS. You can see it Thursdays at 9/8c.

This episode originally aired in August 2014.

Liked Allison Janney and Ishmael Butler? Listen to these next...