In today’s case, the court will decide the statute of limitations and proper etiquette of the lost-and-found box. Seth and Stephen are both friends and colleagues currently performing together in a play on Broadway. During their rehearsal time, Seth noticed a pair of linen trousers retired to the lost-and-found box for four months. When he finally decides the fate of the pants should be covering Seth’s legs and not the wasting away in the lost-and-found, Stephen raised a claim the pants were in fact his and should be returned to the rightful owner.
Is there a set precedence for the lost-and-found box? Finders Keepers? Losers Weepers? We’ll find out!

John Hodgman’s new book of fake trivia and world knowledge, THAT IS ALL, can now be pre-ordered for its release on 11/1/11. To find out when he may be visiting a city near you, see Areas of My Expertise.

Submitted by Seth
“A photo of myself. As you can see I am wearing the pants, and at the time of the photo I happened to be in the middle of pondering a profound passage from one of my favorite books.” 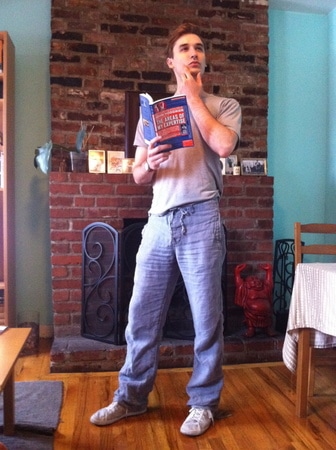 “A video of the our stage manager making a statement about how many times he reminded the cast to go to the rehearsal room to retrieve their personal belongings.”

Evidence for Judge John Hodgman – Part A from Jesse Thorn on Vimeo.

“A video of the lost and found area in our green room, and proof of how close it is to Stephen’s dressing room.”

Submitted by Stephen
“A picture of me wearing the pants (far left) they are rolled up as shorts.” 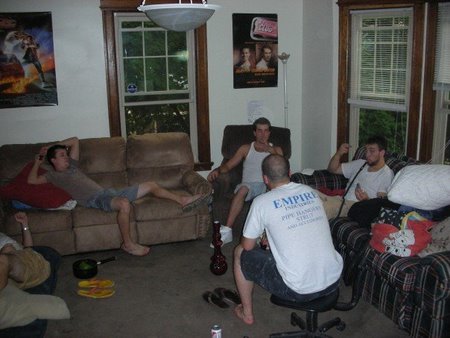 “A picture of Seth flaunting the stolen pants.” 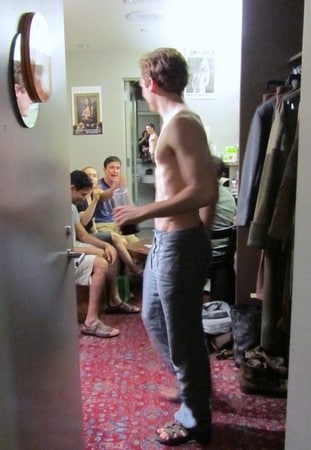