Naomi brings the case against her husband, Spencer. She’s embarrassed by his loud and incessant heckling at baseball games. It’s fun for him and he thinks major league players are fair game. Who’s right? Who’s wrong?

“Votto said he was not faking out the kids that waited by the dugout, but instead an adult that was heckling him. Votto held the ball in the air, faked the throw two times, and then walked down the dugout steps and laughed.”
– A quote from this article about Cincinnati Reds’ Joey Votto denying a child a foul ball, as a result of Spencer’s heckling.

Here’s the City Paper comic that the judge quoted in this week’s cultural reference: 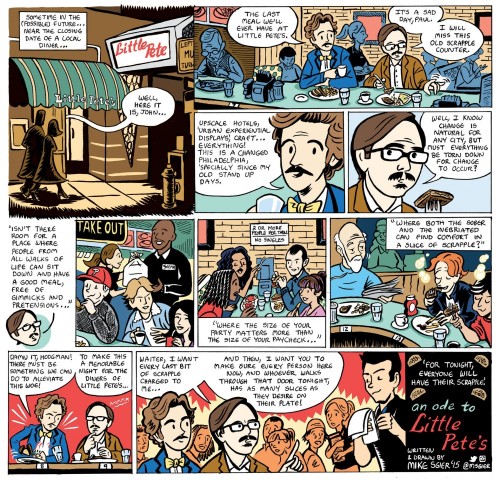 Thank you to James Callan for suggesting this week’s title! To suggest a title for a future episode, like Judge John Hodgman on Facebook. We regularly put a call for submissions.

Tickets for the Judge John Hodgman: Live Justice tour of the Northeast and London are on sale now and selling out quickly! Check out the right hand side of this page or JohnHodgman.com/tour for details!