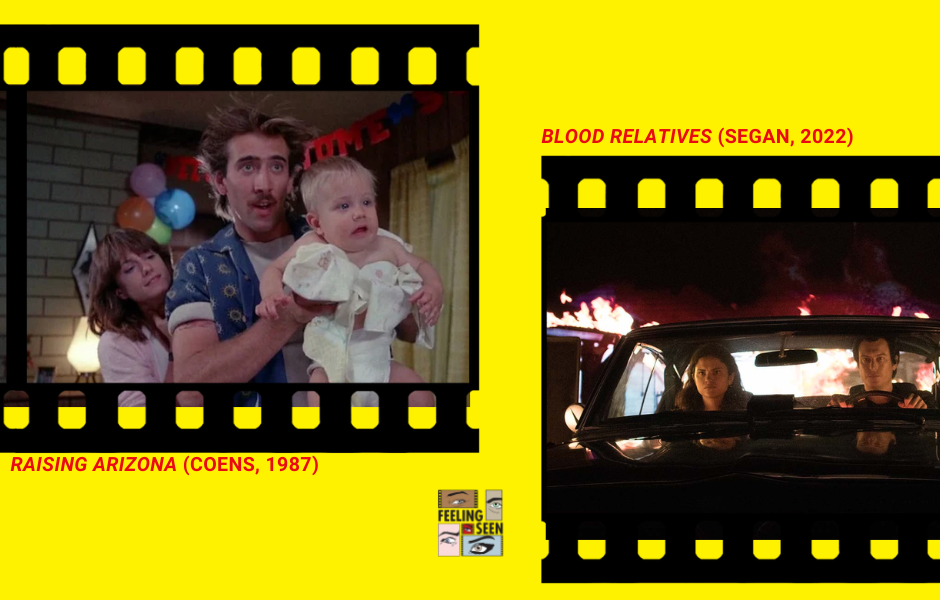 Actor Noah Segan — or, should we say, writer/director/producer/actor Noah Segan — is the star and creative force behind his directorial debut, BLOOD RELATIVES. In it, he plays a century-old, lone-wolf vampire who suddenly has a teenage daughter to think about. Segan, a dad himself, chose another suddenly-a-father character for today’s epsiode: H.I. McDonnough (Nicolas Cage) from the 1987 Coen Brothers comedy Raising Arizona. Listen and learn how fatherhood, creative genesis, vampirism, and work/life balance are all mixed into the space between these two films, made 35 years apart.

Then, Jordan has one quick thing about an action movie really straddling that naughty/nice divide: Violent Night.

With Jordan Crucchiola and Noah Segan

Liked Noah Segan on ‘Raising Arizona’? Listen to these next...