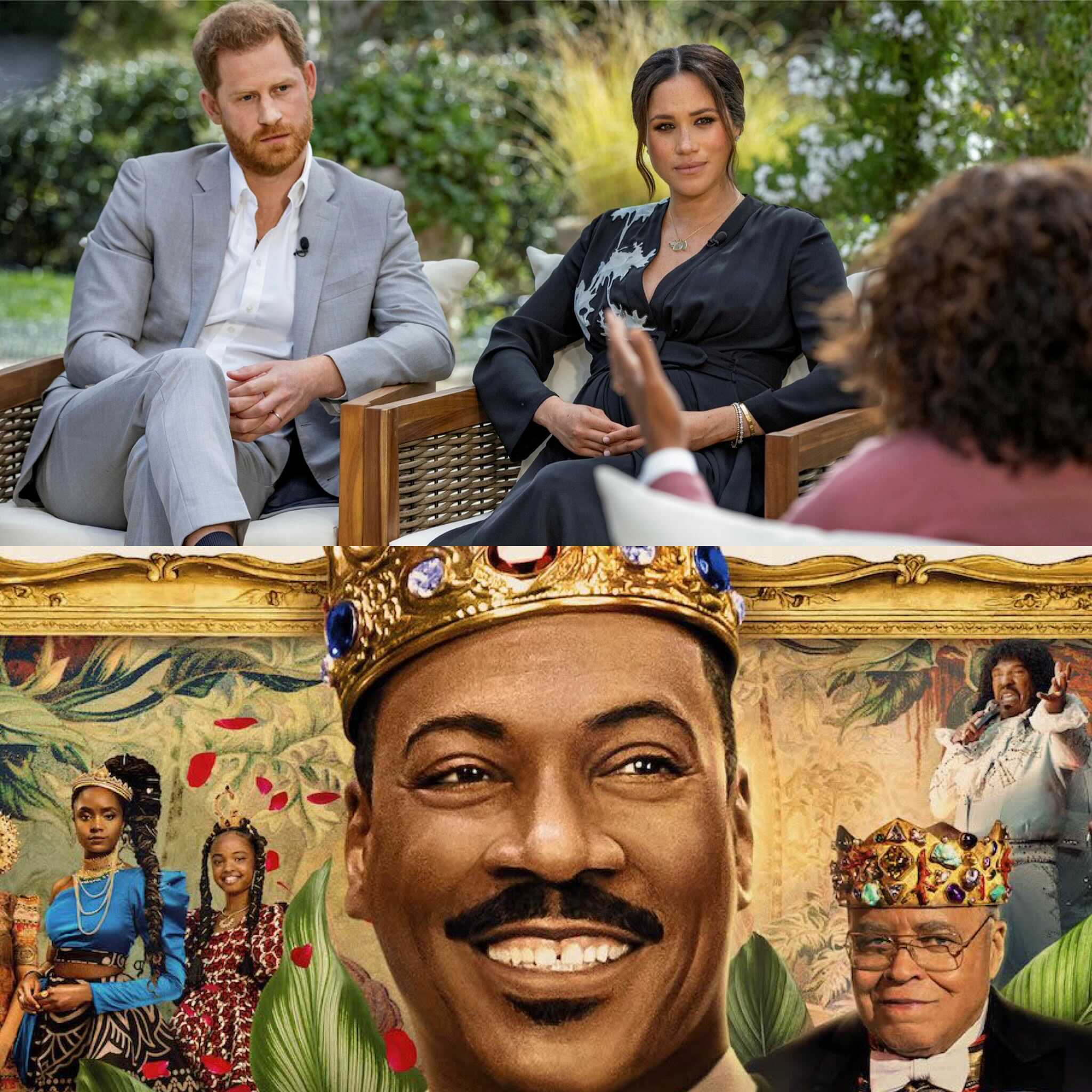 This week, the royal court is in session as hosts Jarrett Hill and Tre’vell Anderson discuss the new Eddie Murphy sequel Coming 2 America and answer the question: who asked for this?

We’re taking this royal thing to the next level with a chat about the interview heard round the world. That’s right! We’re talking about Oprah’s sit down with the Duke & Duchess of some shit: Meghan Thee Markle and her husband Harry.

This week, Jarrett kicks things off with an honorable mention for the one and only B.Scott and their recent partnership with BET as well as BIPOC New Yorkers clapping back at the gentrifiers and bridge and tunnel crowd.

Tre’vell has an honorable mention for the one and only TS Madison whose new show is hilarious! Check that out here.

Dishonorably and with all due disrespect, Jarrett and Tre’vell are calling out professional asshole Piers Morgan who walked off the set of his own show and ultimately got fired on his day off. Stiff upper lip, chap.

Liked Meghan Markle Goes 2 Zamunda? Listen to these next...