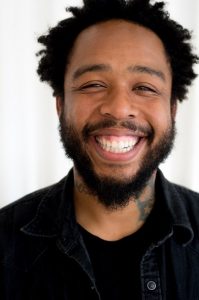 Terrace Martin on Jazz, Hip-Hop and working with Kendrick Lamar
Terrace Martin grew up in a jazz household, and got his start as a saxophonist. Born in Los Angeles’ Crenshaw District, he found a love for hip-hop early on, too. The kids growing up around him were freestyling and playing in backyard shows.

With those two backgrounds, Terrace kicked off a career that would make him a trailblazing polymath in pop music. He’s worked with rappers like Snoop Dogg, YG and Murs. He was heavily involved in Kendrick Lamar’s To Pimp a Butterfly, producing many songs on the album including the hit King Kunta.

As a solo artist he’s released about half a dozen records. Terrace channels classic artists like Sly, Marvin Gaye, Stevie Wonder, Herbie Hancock, all the while landing some pretty great features: heavy hitters like Kamasi Washington, Thundercat and Wiz Khalifa.

We’re revisiting our conversation from 2017. At the time, he’d just released The Sounds of Crenshaw Volume 1 with his band, the Pollyseeds.

In 2020, he released seven EPs, including Village Days, a record that features a jazz tribute to the late Nipsey Hustle. He also released a collaborative record with Robert Glasper and Kamasi Washington called Dinner Party late last year.

When he joined us we talked about his thoughts on hip-hop, and jazz that’s taught in academic settings. Plus, why working with Kendrick Lamar was so important to him.

You can find information on all his latest releases on his website.

Liked Terrace Martin? Listen to these next...