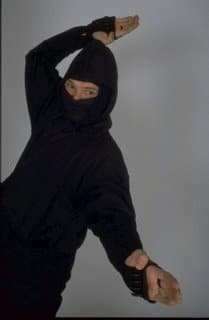 This week’s show Odd Ends, as the name suggests, has a varied mix of entertaining guests and features some of the weirdest things that have ever been on TSOYA. Kasper Hauser, the San Francisco comedy sketch group talk about scamming internet scammers and things go drastically awry when interviewing a scout for Steve Harvey’s Big Time. We get some ‘ninja insight’ from Robert Hamburger and Charlie Todd, founder of Improv Everywhere talks about their pranks on the streets of New York.

In this archive episode of TSOYA check out some hilarious tips from the Kasper Hauser guys on how to scam people on the internet (in a nice way) and they also give a run-down of their alternative craigslist. Worth a listen!

Since its inception in August 2001 Improv Everywhere has completed over 70 missions involving thousands of undercover agents. Based in New York City, creator Charlie Todd tells TSOYA about some of their most successful and notorious pranks.