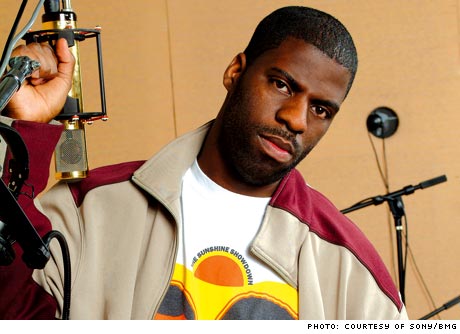 Before he’d even released his first album, Chicago rapper Rhymefest won a Grammy award for co-writing the Kanye West hit “Jesus Walks.” He’s also a veteran of the battle rap circuit, having bested Eminem at the famous Skribble Jam in 1997.

His first LP, Blue Collar, was one of the most critically acclaimed hip-hop CDs of 2006. His upcoming release, “El Che,” bears the name his grandfather gave him at birth.

In our interview, ‘Fest talks about being a revolutionary, what it means to be a grown man in an industry full of people clinging to adolescence, how battle rapping feels, and more. In our bonus audio (bottom), he talks about what it’s like to tour with legends like A Tribe Called Quest and the Wu-Tang Clan. He also reveals an impressive production and guest lineup on his upcoming record, including Ghostface Killah and DJ Premier.

Please share your thoughts on this program on our forum!